How do you select the best October baby girl names for any given year? There are many different things you can consider, so the best bet is generally to find something interesting and roll with it. Perhaps one of the first things people think about when they enter the month of October is Halloween. Granted, there are some beautiful and meaningful Gothic names for baby girls, so you may see some of them here.

Would there be enough interest in the ancient Visigoths, the originators of the Gothic theme, to merit an entire list of names? Sure, in some contexts. Not however, for such a general list as this where there is so much more to focus on in terms of the best October baby girl names. BabyNamesPedia wants to bring you a much wider variety of meaningful names, preferably ones that you may otherwise not encounter elsewhere.

For a great many people around the world, October is also the time of year when harvests and canning are in full swing. Food and abundance or prosperity are key themes of the month. As the nights grow longer and cooler, verging on cold in some areas, people will also have new opportunities to enjoy the evenings.

The reduced temperatures at night make cold and clear nights much more ideal for stargazers and people fascinated by the heavens, the moon, and the stars. For others, those cold evenings will be far more well-suited to curling up in front of the fireplace with an adult beverage and someone they love. Thus, even the literary names can be ideal for October born babies.

What Are the Symbols of October

October is perhaps best known for the Day of the Dead and All Hallows Eve or Halloween, to be followed by All Saints Day on the first of November. The concept of Halloween is a bit morbid, especially for a newborn baby girl looking for a name. This does not mean that it is unworthy of celebration.

Some people will go all in for Christmas, and some will go all in for Halloween. A select few of those people will go completely overboard for both holiday celebrations. This can be an excellent way to get creative, and to allow your imagination to work a little over time. Ideally, you will be just as creative if not a little more selective when trying to find the perfect October girl names for your newborn baby daughter.

Alzubra – This selection from the October girl names may be equally well-suited for baby girls born in October, July, or August. The entry is from the list of Arabic names for girls and literally translates as a star within the constellation of Leo. Given the distance however, it is likely someone of such a nature may be far more prevalent and perhaps even beautiful during those long, cold, winter nights.

Bituin – This is an entry from the list of Tagalog names for girls and literally means stars. The fact should not be forgotten that despite the gloom and despair often associated with long winter months, is that the stars shine their brightest and most beautiful during this time of the year. Based solely on the name alone, it may be that this is the one person who can brighten people up even on the darkest of days.

Channary – Scientists have actually mapped the human face mathematically and determined that perceived beauty at least, can be defined mathematically. That being said, there is something beautiful about the moon faced baby girl. This October girl’s name from the Khmer language means literally a moon-faced baby girl.

Cuyen – This entry is from the Indigenous or Native American Mapuche language list of names for girls and means the moon itself. There are many nuanced meanings behind the names for many of the indigenous peoples and this is no exception. The name may imply that the person will be able to ensure others remain happy and content, and may fare well as a caregiver or other service provider.

Daw – We move back to Southeast Asia for this entry into the best October girl names. This is from the Thai names for baby girls and means one who is of or from the stars. The name may be understood to mean one who is of exceptional beauty, or perhaps even someone who is capable of standing out and being recognized, even in a large crowd.

Gilraen – This is a literary name for girls that should be much more well-known. Gilraen (The Fair) was the mother of Aragorn, portrayed by Viggo Moertensen, and the rightful high king of Gondor and Arnor, and the hope of the Dunedain. The name of Gilraen, as explained by JRR Tolkien in his vast works literally means a netted star, though likely a net or lace containing star like jewels.

Hesper – Anyone who works outside all day may find at least some comfort in the evening as the day cools and they find the time to relax. This October girl name from the Greek language literally means the evening star. Given that both the morning star and the evening star are actually the planet Venus, the name may reference great beauty as much as it does a guiding light.

Hokule’a – This entry is from the list of Hawaiian names for girls and means a pleasing star. The Kupa traditions among the Hawaiians focused on the worship of the Akua (gods and goddesses) and the Aumakua (ancestors) and did not worship the stars as deities. However, the cosmology and the importance of the stars among the ancient Hawaiian traditions was expansive, including literally hundreds of names of the stars for navigation and more.

Kamaria – This entry is a girl’s name in the Swahili language and means the moon. It is important to consider the many tribal languages that have gone through literally millennia of linguistic evolution as surrounding tribes intermingle. Historically in more ancient traditions the moon is seen as not only being a guiding light, but also as a symbol of the feminine side of nature. The name may also imply an inherent ability to provide exceptional spiritual and emotional support.

Kritika – This name actually refers to the Pleiades star cluster. It is from the list of Indian names for girls and references the “six sisters” or all of the stars within the formation known as the Pleiades. The name can literally be translated as “The cutters” and they represent the Pleiades, also known as the star of fire. It is ruled over by Agni, the fire god who is also associated with stubborness.

Lutana – This entry for the best October girl names comes from the Australian aboriginal tribal languages. The name is one of many names for girls that mean the moon available from BabyNamesPedia. In aboriginal traditions, the moon is actually representative of the masculine, but actively pursued by the sun, or the feminine side.

Mahnaz – This is a baby girl name from old Persian and means one who possesses the beauty of the moon, or someone who is exceptionally attractive. The first portion of the name is derived from the Ancient Persian work māha which is the lunar deity in the Zoroastrianism faith.

Mitexi – This baby girl name from the Native American languages means one who is born beneath a sacred moon. The implications may vary but could be seen as an indication that the bearer of this name will have an exceptionally blessed life. Other interpretations include beliefs that the name portrays an exceptional level of faith in existence beyond its corporeal form, and the unity of life.

Nochtli – This is an unusual but deceptively meaningful name for baby girls. This baby girl name from the Aztec language means the prickly pear fruit, experiencing the height of its harvest during the month of October. This may seem like an odd choice at first glance, but the Prickly Pear Fruit also has many medicinal purposes in addition to being good for consumption. Thus, it may indicate that the bearer of this name will be both a good provider and an understanding and caring provider.

Nokomis – This is originally a name from the Native American Dakota tribe. This girl’s name that means a daughter of the moon is thought to have a much deeper meaning. It is held in some beliefs that the moon is a guide and provider. Other beliefs believe the moon to be the feminine side of nature, offering comfort and support.

Oriel – This is a baby girl name from the Norman Conquest of Britannia and means battle fire. It is fairly well understood that life is not always easy, but having the heart and determination to continue, even as a fire, does seem to indicate an advantage for the babygirl bearing this name.

Potina – This entry is from the old Roman Latin list of names from mythology, and was the goddess of food and drink for children. Given the nature and traditions in the modern-day Halloween celebration, this name seems to have at least two good reasons for being included in a list of October girl names.

Pyralis – This entry for the best October girl names is just one of many names for girls that mean fire, and comes by way of the Greek language. Pyralis is also the Greek root for many words in common usage today about or related to fire. This individual may be hot tempered, but they are likely to be correct, and even understanding and sympathetic as they lay everything on the line.

Sedna – This entry is taken from the Eskimo names for girls and is from their goddess of food. The implications of such a name are numerous. It is likely that this person would be highly empathetic and a good caregiver. The goddess of food would inevitably also be a good provider, ensuring enough to eat for everyone within the local community, not merely within the constraints of a family. A goddess of course, would likely also be both wise and powerful, making this an excellent selection for October names for girls born this month.

Steren – This name has its origins in the Cornish language but is more commonly used as a Welsh name for baby girls. The name literally means a star, though this leaves it open to more exacting interpretation based on more personal beliefs.

Tegwen – This name has a somewhat long and complex origin story, and is in itself a modern variant of a much older Irish and Welsh name for baby girls meaning someone who is blessed and holy in nature and spirit. Given the nature of the harvest, and the abundance of food still commonly associated with the harvest months in many rural locations, this seems to be a fitting October girl name to include here.

Udiya – An entry like this can usually be easily attributable to the list of baby girl names from the Hebrew language, though it may have correlating words in both the Ancient Greek and Aramaic languages as well. This name literally means the fire of Jehovah. It is interesting to note that while in some translations, the fire of God is symbolic of his wrath, it may also be attributed to a deep sense of justice, even distributed with some compassion.

Vesta – There does not seem to be a better way to conclude this list of the best October girl names. This entry is from the list of sacred names for girls and was the ancient goddess of the hearth and home. The hearth of course will begin being used more earnestly for those in the more severe climates. A place to build warm fires and rest in comfort and security. The home of course, is the ultimate in safe spaces for the entire family. 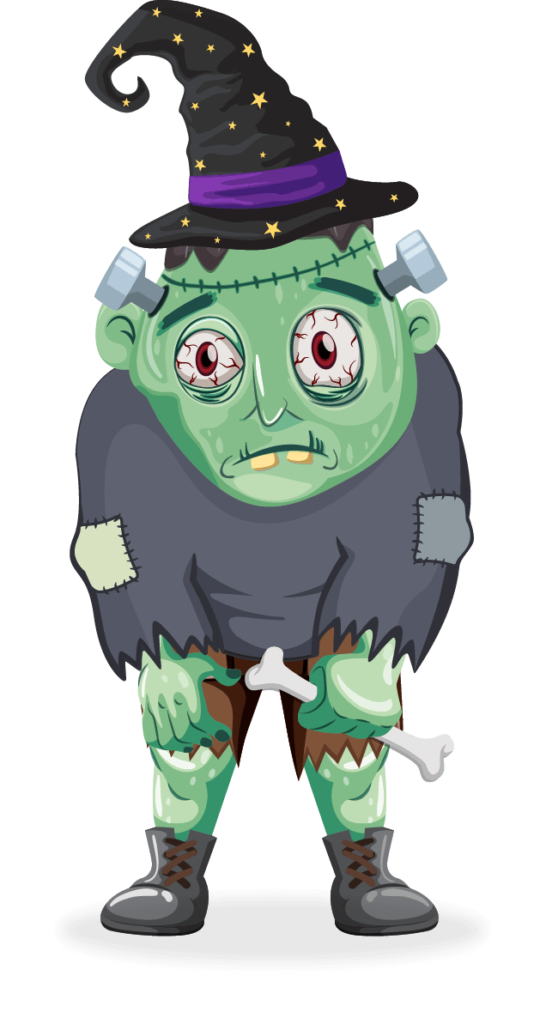