What does Abbey mean?

[ 2 syll. ab-bey, abb-ey ] The baby boy name Abbey is also used as a girl name, with the latter form being much more common. It is pronounced as AEB-iy- †. Abbey is used chiefly in the English language, and it is derived from Old French, Germanic, and Hebrew origins. Old French origin, use: This was a surname from pre-10th-century Old French, from the element 'abet'. It could have been first used as a nickname for a priest or local chief. As a diminutive, the name could also mean 'son of the priest'.

In addition, Abbey is a diminutive form of the name Abelard (English).

Abbey is also a diminutive form of the name Abner (English).

Abbey is rarely used as a baby name for boys. It is not listed in the top 1000 names. Abbey has mostly been a girl name in the past century. 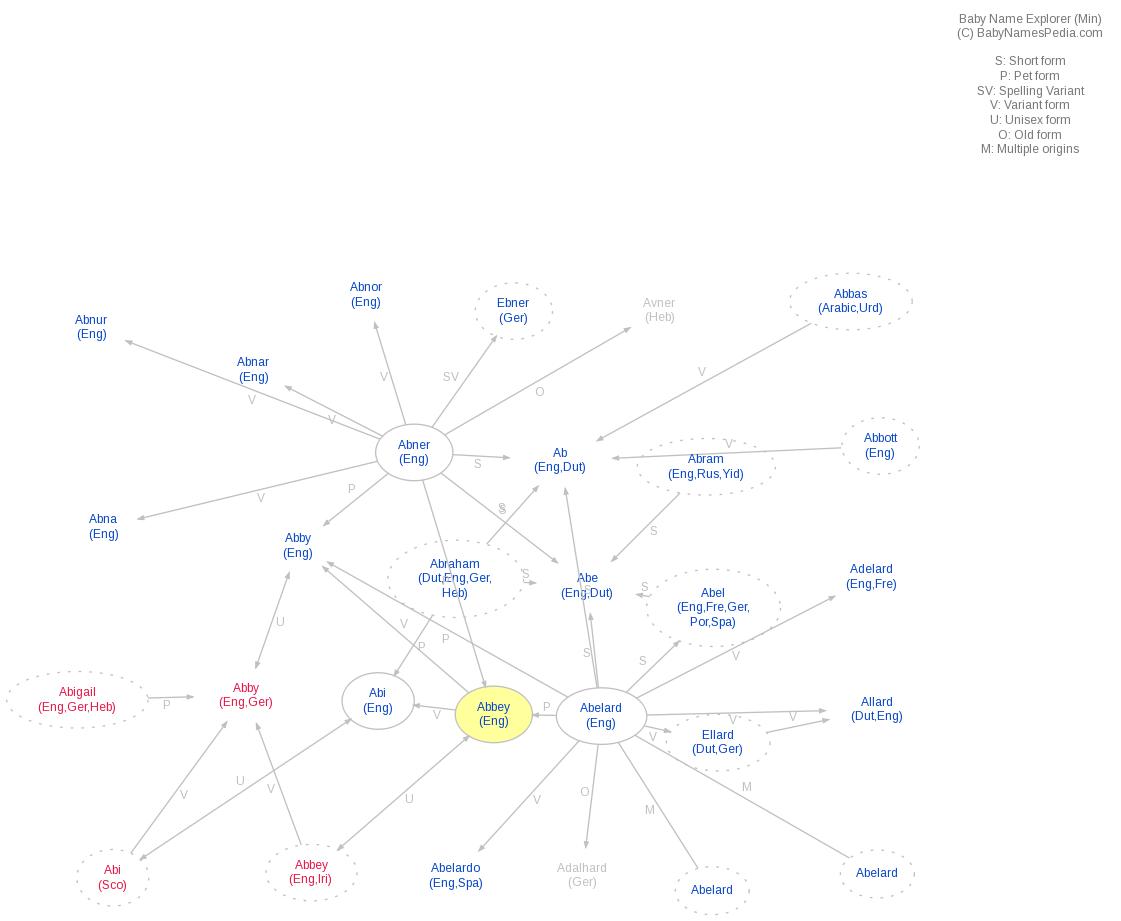