What does Abdul mean?

[ 2 syll. ab-dul, abd-ul ] The baby boy name Abdul is pronounced as AH-BDuwL †. Abdul is an Arabic, English, and Urdu name of Arabic origin.

Abdul is a variant of the name Abdal (Arabic) in the Arabic, English, and Urdu languages.

Abdul is uncommon as a baby name for boys. At the modest height of its usage in 1975, 0.010% of baby boys were named Abdul. Its ranking then was #654. The baby name has since experienced a loss in popularity, and is today of infrequent use. Within the group of boy names directly related to Abdul, Abdullah was the most popular in 2018. 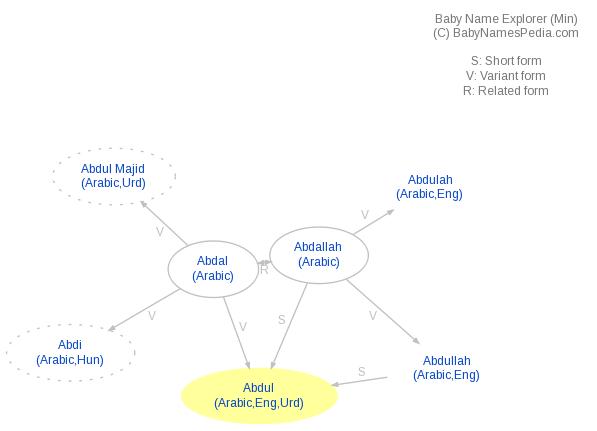