What does Abi mean?

[ 2 syll. a-bi, ab-i ] The baby boy name Abi is also used as a girl name. Its pronunciation is AA-Biy- †. Abi is used predominantly in the English language, and its origin is Old French, Turkish, and Hebrew. From Turkish roots, its meaning is elder brother. In Turkey, the name has sometimes been given to a first baby when the parents intend to have more children. See Abi for more information.

In addition, Abi is a variant of the name Abbey (English).

Abi is also a diminutive form (English) of the name Abraham (Dutch, English, German, and Hebrew).

The names Abbi and Abee are variants of Abi.

Abi is a rarely used baby name for boys. It is listed outside of the top 1000 names. In 2018, within the group of boy names directly linked to Abi, Abraham was the most regularly used. 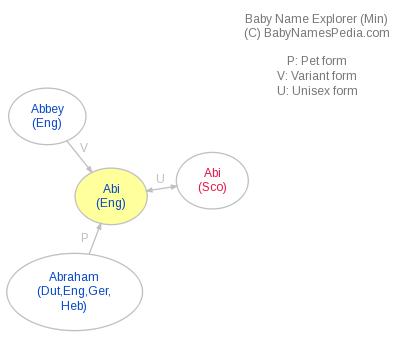