What does Abida mean?

[ 3 syll. a-bi-da, ab-ida ] The baby boy name Abida is also used as a girl name. Its pronunciation is AA-Biy-D-ah or AEB-iy-D-ah †. The origin of Abida is Hebrew. The name is of the meaning my father knows, father of knowledge. In the Old Testamant of the Bible, Abida was one of the five sons of Midian, and a grandson of Abraham by his second wife Keturah. He was also the head of an Arab tribe.

Abida is unusual as a baby name for boys. It is not listed in the top 1000 names. 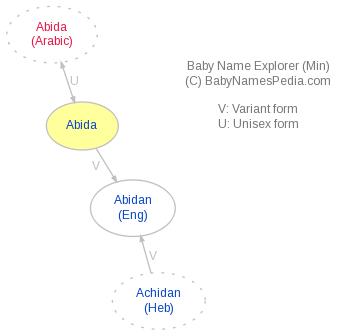