What does Abril mean?

[ 2 syll. a-bril, ab-r-il ] The baby girl name Abril is pronounced as aa-BRIY-L †. Abril is of French, Spanish, and English origin, and it is used largely in the English and Spanish languages. Spanish origin, English use: The name is derived from the Spanish vocabulary word Abril in reference to the month of 'April'.

In addition, Abril is a variant form of the English and French Abrial.

Variant forms of Abril include the name Abrilla and the English and Spanish Abrille.

Variant forms share the origin and meaning of the name Abril.

Another variant of Abril is the diminutive form Abbie.

Abril is unusual as a baby name for girls. Its usage peaked modestly in 2007 with 0.035% of baby girls being given the name Abril. It ranked at #437 then. The baby name has since experienced a substantial decline in frequency, and is of only irregular use today. In 2018, among the group of girl names directly linked to Abril, April was the most commonly used. 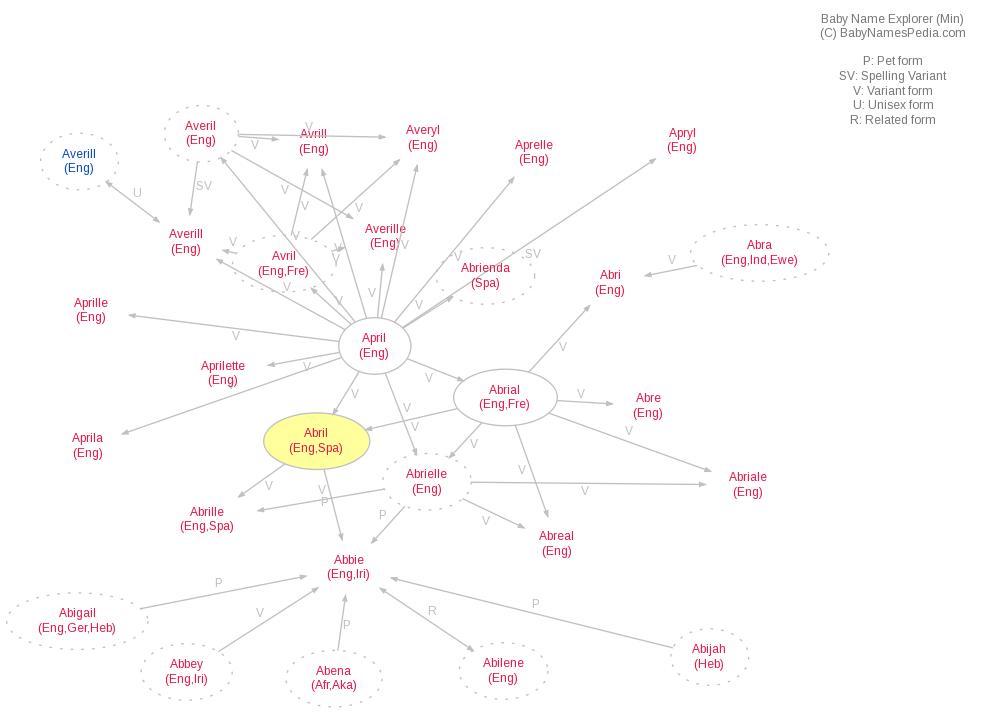