What does Absalom mean?

[ 3 syll. ab-sa-lom, abs-al-om ] The baby boy name Absalom is pronounced AEB-Sah-LaaM in English †. Absalom is of Hebrew origin, and it is used mainly in English and Hebrew. Absalom's meaning is 'God the Father is peace'. It is a biblical name derived from av meaning 'father' ; shalom 'peace'. Older forms of the name include Avsalom (Hebrew) and Avshalom (Hebrew). In the Bible, Absalom was the third son of King David of Israel; he revolted against his father and was killed.

Absalom is not widely used as a baby name for boys. It is not in the top 1000 names. Within the group of boy names directly related to Absalom, Axel was the most commonly used in 2018. 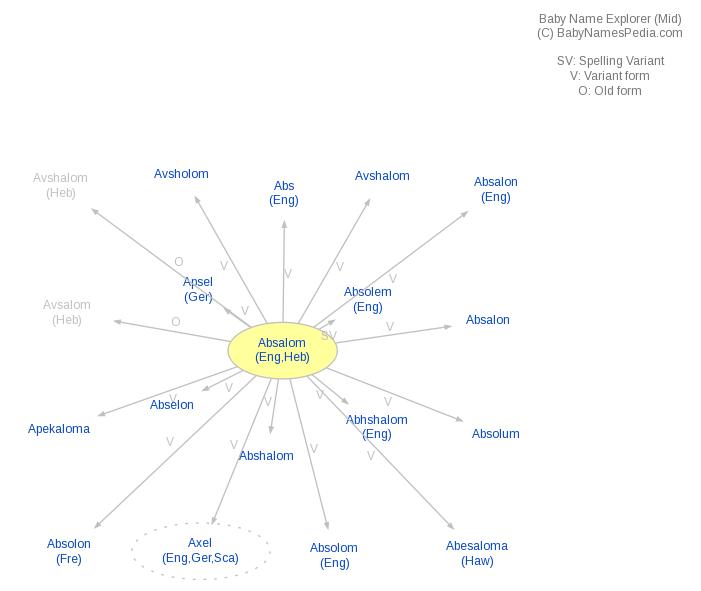