What does Acacia mean?

[ 4 syll. a-ca-cia, ac-ac-ia ] The baby girl name Acacia is also used as a boy name. It is pronounced aa-KEY-Siy-ah- or aa-KEY-SHaa- †. Acacia is of Old Greek origin. It is used mainly in English and Greek. The name Acacia means 'the guileless one; thorny shrub'.

What are the Variant Forms of Acacia?

Acacia is not commonly used as a baby girl name. It is not in the top 1000 names. Within the family of girl names directly related to Acacia, Casey was the most frequently used in 2018. 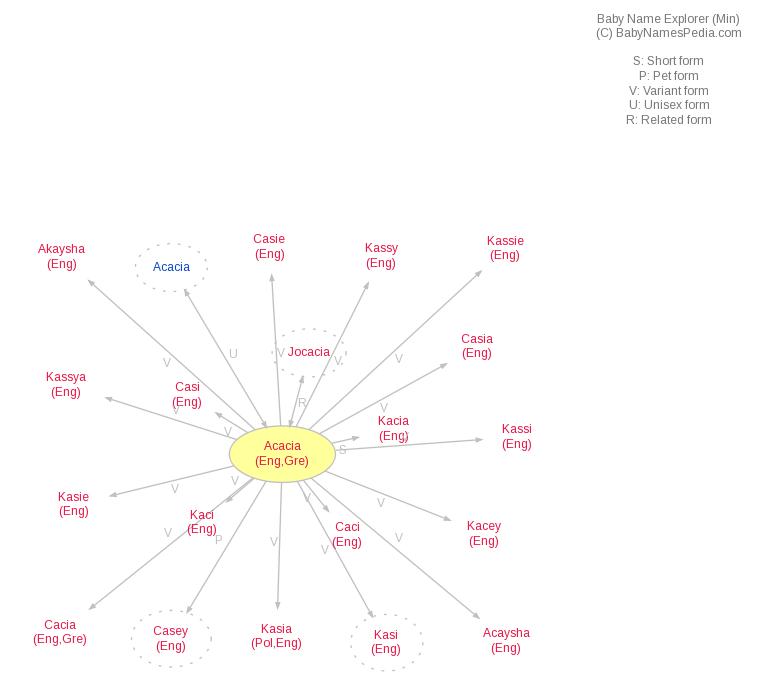