What does Adair mean?

Adair is largely used in the English, Gaelic, and Scottish languages, and its origin is Scottish. The name is of the meaning wealthy spear, owner of many spears. The first name is derived from the Scottish surname, which is itself from the first name Edgar.

Adair is largely used in the English and Irish languages, and it is derived from Celtic origins. Here, the meaning is oak tree, from the oak tree settlement. In Celtic mythology, oak trees were believed to be portals between worlds; thus the name has traditionally been associated with the druids who guard these trees.

Adair is unusual as a baby name for boys. It is not listed in the top 1000 names. Within the group of boy names directly linked to Adair, Edgar was the most commonly used in 2018. 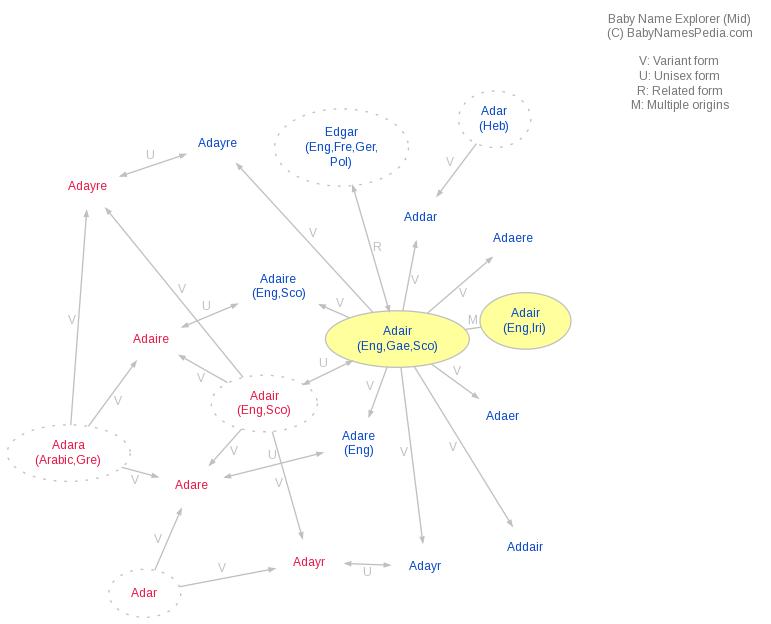