What does Adal mean?

[ 1 syll. a-dal, ad-al ] The baby boy name Adal is also used as a girl name. It is pronounced as AA-D-L †. Adal is used predominantly in the German language, and it is derived from Hebrew, Germanic, and Arabic origins. Germanic origin: The element 'adal' (meaning noble, honorable) is used in many Germanic names.

In addition, Adal is a variant of the name Abel (English, French, German, Portuguese, and Spanish).

Adal is also a variant of the name Adil (Arabic).

The name Adela (English, German, Polish, Czech, Romanian, and Spanish) is the female version of Adal.

The name Acel (English) and the name Adel are variants of Adal.

Adal is unusual as a baby name for boys. It is not listed in the top 1000 names. In 2018, among the group of boy names directly linked to Adal, Abel was the most frequently used. 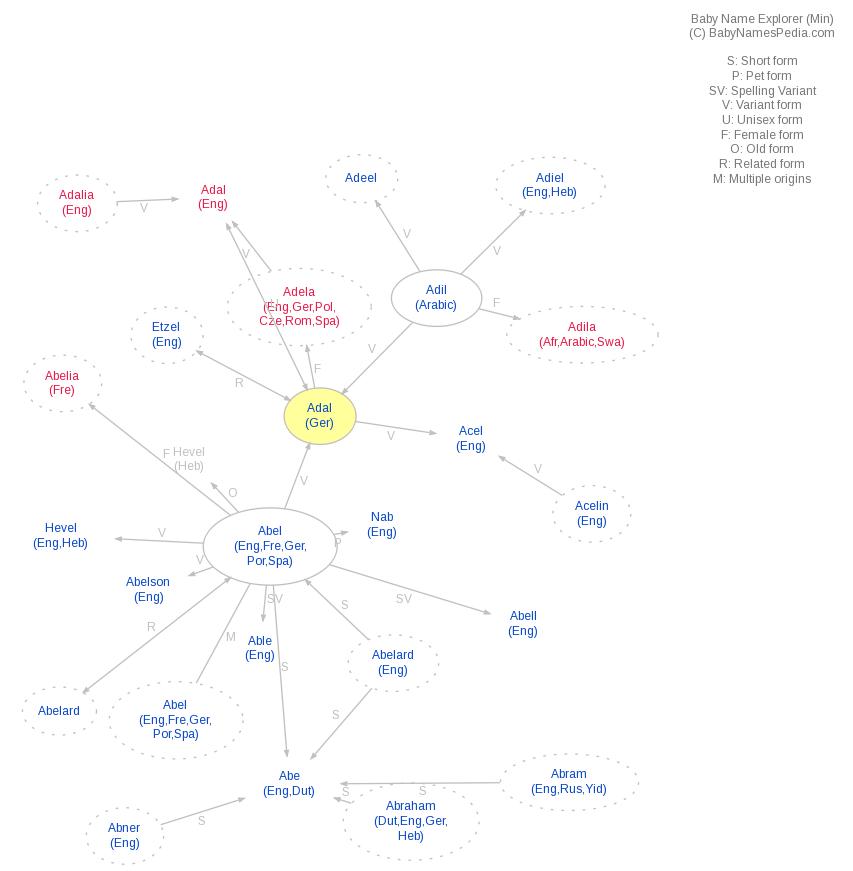