What does Adalbert mean?

[ 3 syll. a-dal-ber(t), ad-albe-rt ] The baby boy name Adalbert is pronounced as AA-DaaL-BehRT (German) †. Adalbert is mainly used in the Dutch, German, and Polish languages. Its language of origin is Germanic. The meaning of the name is nobly famous. It is derived from the words 'adal' meaning noble, honorable ; 'berht' bright, famous.

Adalbert is not frequently used as a baby boy name. It is not ranked within the top 1000. Out of the family of boy names directly linked to Adalbert, Albert was the most widely used in 2018.

Baby names that sound like Adalbert include Adalberto (Spanish, Italian, and Portuguese), Adelbert (Dutch, English, and German), and Adelfried. 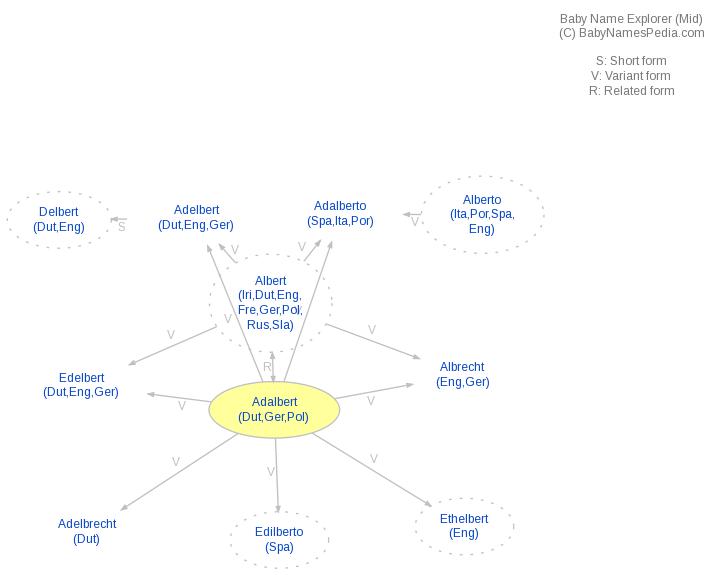