What does Aday mean?

[ 2 syll. a-day, ad-ay ] The baby girl name Aday is pronounced as AHDEY †. Aday is derived from Germanic, Germanic, Old English,Germanic, and Hebrew origins. Aday is a variant form of the English and Greek name Addy.

Aday is not regularly used as a baby name for girls. It is not ranked within the top 1000 names. 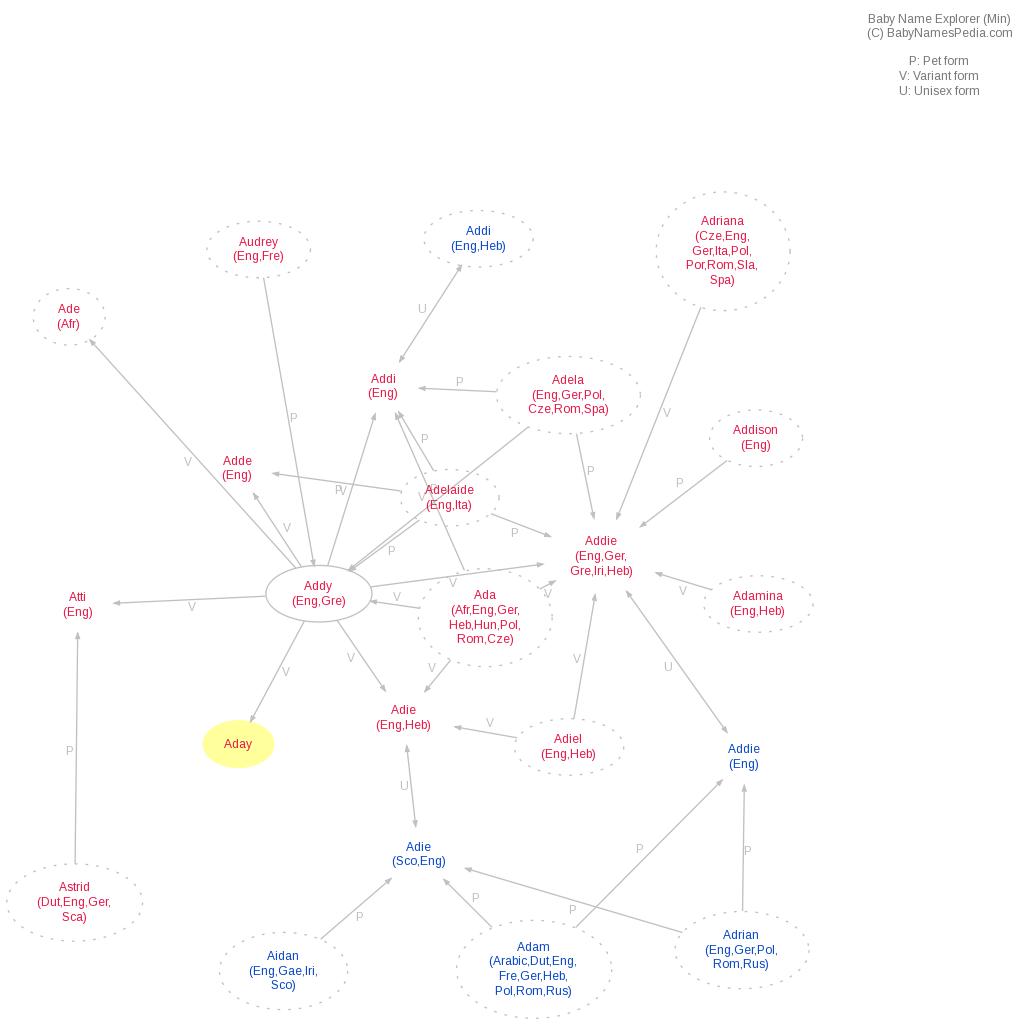