What does Ade mean?

[ 2 syll. a-de, ad-e ] The baby girl name Ade is also used as a boy name. It is pronounced AA-Deh- †. Ade has its origins in the African-Yoruba language and it is used largely in African. The meaning of Ade is 'royal; crown; peak'.

Ade is a form of the English and Greek Addy. 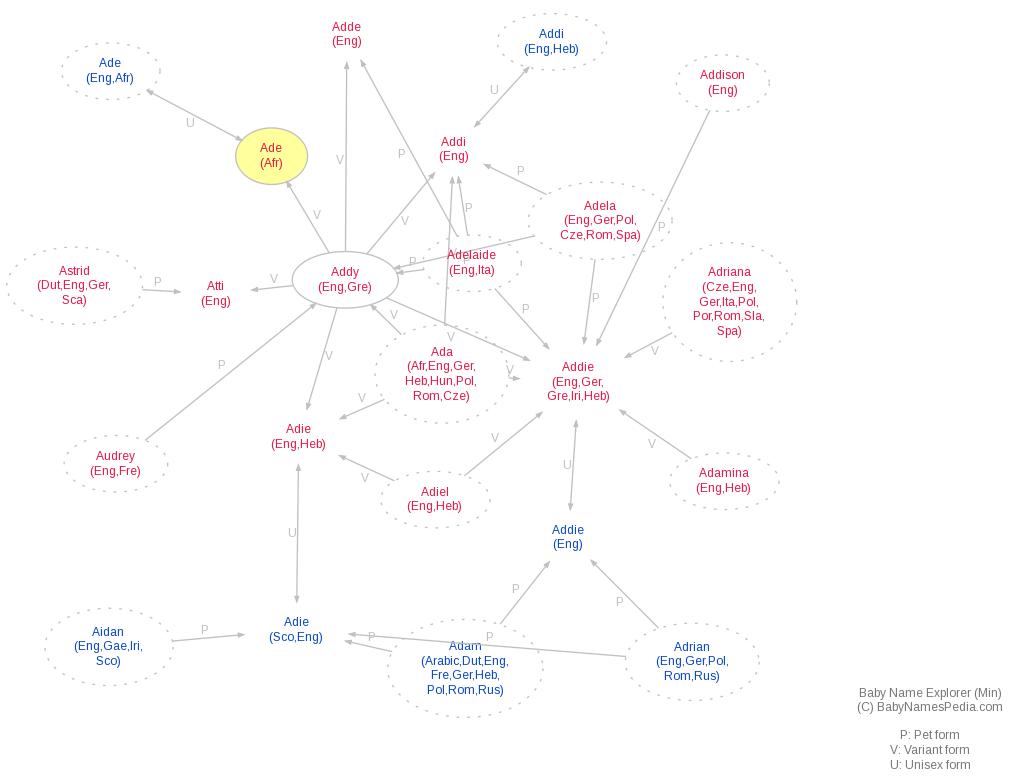