What does Adelheid mean?

[ 3 syll. a-del-hei(d), ad-elhe-id ] The baby girl name Adelheid is pronounced in Dutch as AA-DahL-HHayT or in German as AA-DehL-HHayT †. Adelheid is primarily used in the Dutch, German, and Scandinavian languages, and its language of origin is Germanic. The name is of the meaning of a noble kind. A two-element name, it is derived from the elements 'adal' meaning noble, honorable ; 'heit' kind, sort, type. Original forms of Adelheid include Adalheidis (Germanic) and Adalheit (Germanic).

In addition, Adelheid is a form of the English, German, Polish, Czech, Romanian, and Spanish name Adela.

Adelheid is also a form of the English and Italian name Adelaide.

The name Adelheid is used to a great extent; it has 38 forms that are used in English and other languages. Forms used in English include Adaliz, Adelaide (also Italian), Alice (also French, German, Italian, and Portuguese), Alicia (also Latinized and Spanish), Della, Heidy (also Dutch and German), Lettie (also Dutch and German), Lida, and Lydia. The pet form Heidi (used in Dutch, Finnish, German, Scandinavian, and Spanish as well) is another English variant.

Adelheid is rarely used as a baby name for girls. It is not ranked within the top 1000 names. In 2018, among the group of girl names directly linked to Adelheid, Alice was the most commonly used. 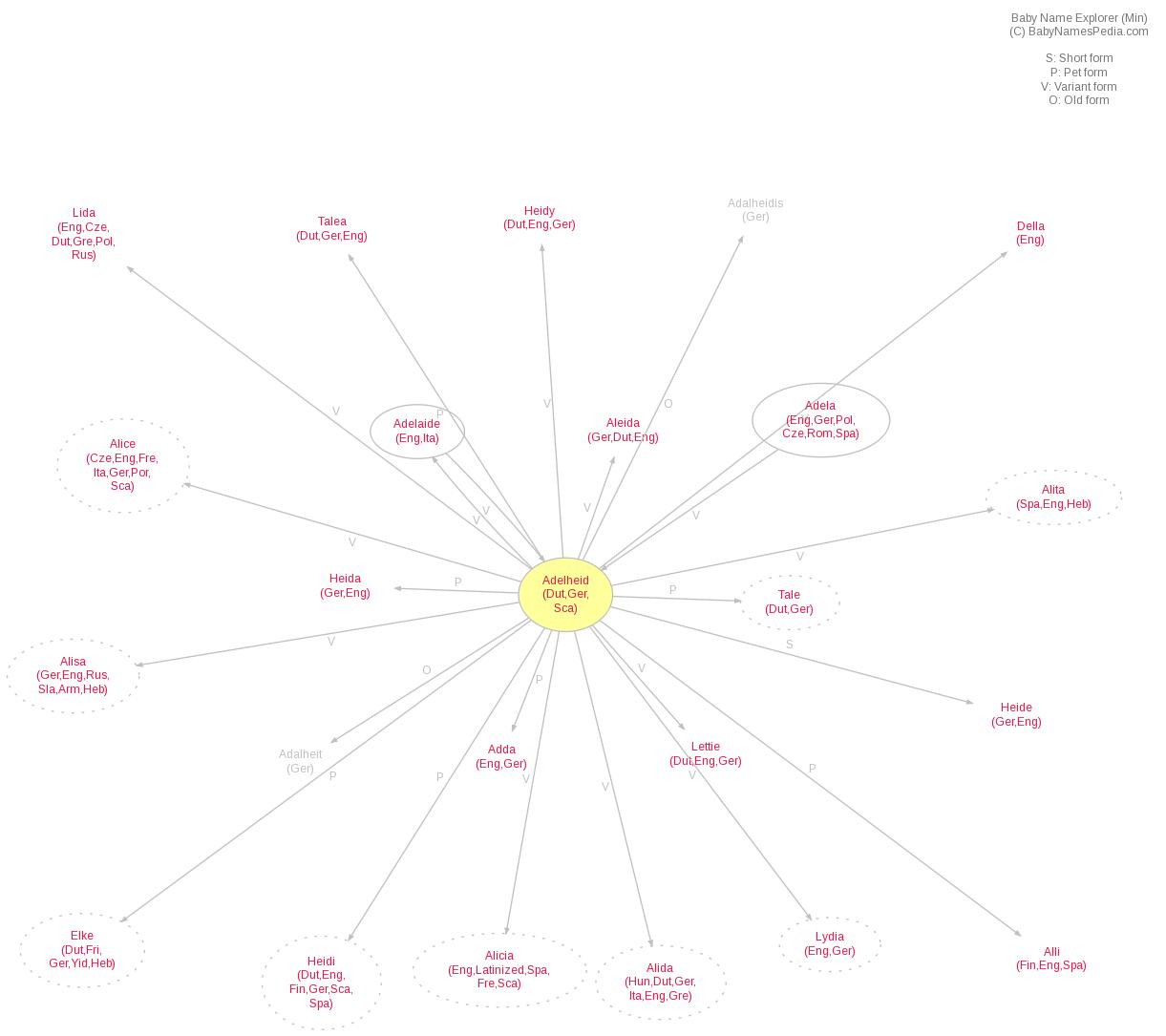