What does Adeline mean?

[ 4 syll. a-de-li-ne, ad-el-ine ] The baby girl name Adeline is pronounced AA-Deh-LiyiyN or AED-eh-LayN- †. Adeline is of Germanic origin. It is used mainly in English and French. The name developed as a diminutive of Adèle. It was introduced to English speakers by the Normans in the 11th century, and was recorded in the Domesday Book (1086). It saw a brief revival in the late 19th century, popularized by the character Lady Adeline, one of the Juan's muses in Lord Byron's poem Don Juan (1818-1823), who Byron described "Sweet Adeline, amidst the gay world's hum, Was the Queen-Bee, the glass of all that's fair".

Adeline is also an English variant transcription of Adelaide (English and Italian).

What are the Variant Forms of Adeline?

Variant forms inherit both the origin and meaning of Adeline. 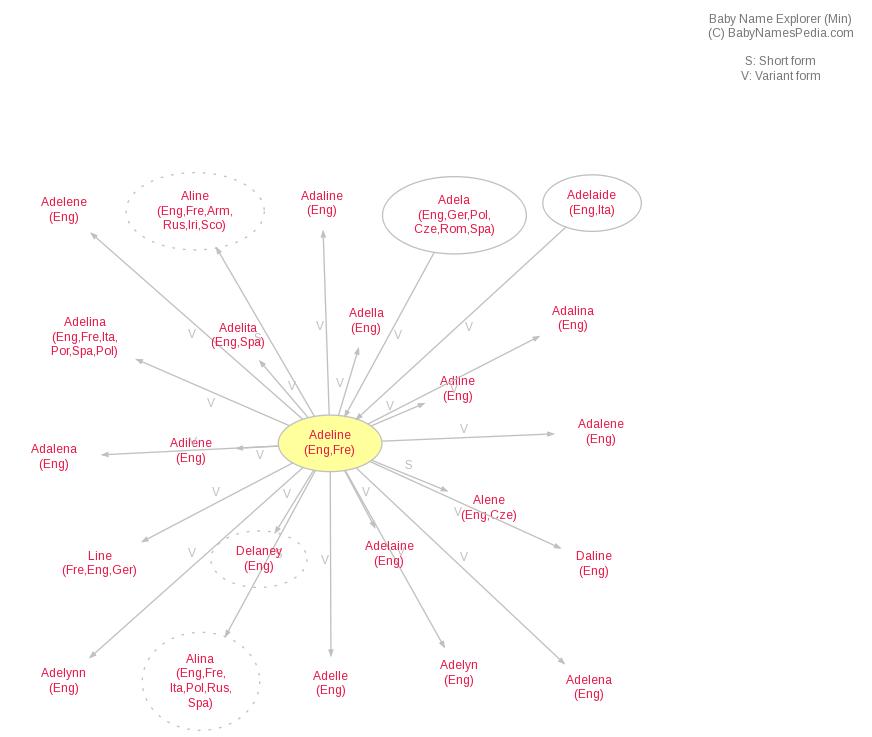