What does Adiel mean?

[ 3 syll. a-diel, ad-i-el ] The baby girl name Adiel is also used as a boy name. It is pronounced as aa-Diy-eh-L †. Adiel has its origins in the Hebrew language. It is used largely in English and Hebrew. The name Adiel means 'ornament of God'. It is a biblical name derived from adi which means 'ornament' ; el 'God, powerful'. The name was borne in the Bible by various characters including a prince of the tribe of Simeon, as well as the father of Azmaveth who was also David's treasurer.

Adiel is not commonly used as a baby girl name. It is not in the top 1000 names. In 2018, among the family of girl names directly related to Adiel, Ada was the most popular. 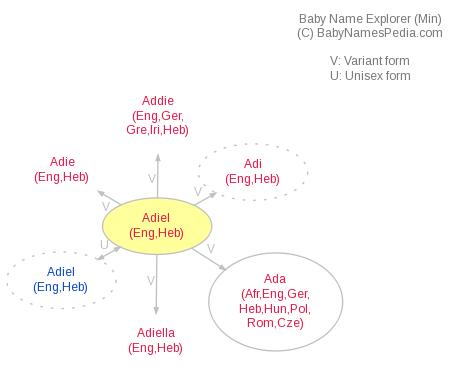