What does Adin mean?

[ 2 syll. a-din, ad-in ] The baby boy name Adin is also used as a girl name, but it is much more common for boys. Its pronunciation is aa-DIHN or aa-DIY-N †. Adin is largely used in the English and Hebrew languages, and it is derived from Hebrew and Celtic origins. Hebrew origin: A biblical name, it is derived literally from the word 'adin' meaning slender, delicate. The name was borne in the Bible by an ancestor of a clan that returned to Jerusalem and Judah after years of captivity in Babylon.

In addition, Adin is an English variant of the name Aodh (Irish and Scottish).

Adin is rare as a baby name for boys. At the modest peak of its usage in 2007, 0.009% of baby boys were given the name Adin. It ranked at #983 then. The baby name has since experienced a fall in popularity, and is now of very light use. In 2018, out of the group of boy names directly linked to Adin, Adan was the most frequently used. Adin has mostly been a baby boy name in the past century. 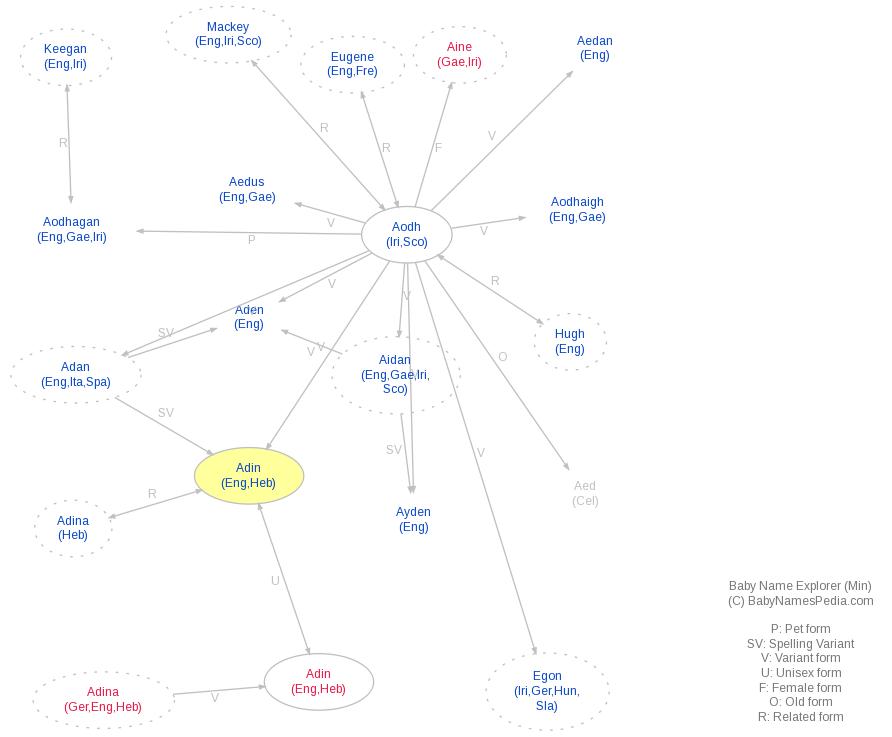