What does Adlai mean?

[ 2 syll. a-dlai, ad-l-ai ] The baby boy name Adlai is also used as a girl name. Its pronunciation is AED-Lay or AED-Ley in English †. Adlai is largely used in the English and Hebrew languages, and its origin is Hebrew. Biblical name: The name's meaning is Yahweh is just; my ornament. Adlai is derived as a short form of Adaliah (Hebrew), Adalia (Hebrew), or Adalya (Hebrew). In the Bible, Adlai was the father of Shaphat the herdsman of King David, and thus the grandfather of the prophet Elisha. The name was adopted by English speakers in the 19th century. It has been made known by Adlai E. Stevenson I (1835-1914) the US Vice-President, his son Adlai E. Stevenson II (1900-1965) the Governor of Illinois, and his great-grandson Adlai E. Stevenson III (1930-), the Senator from Illinois.

Adlai is infrequently used as a baby name for boys. It is not listed in the top 1000 names. 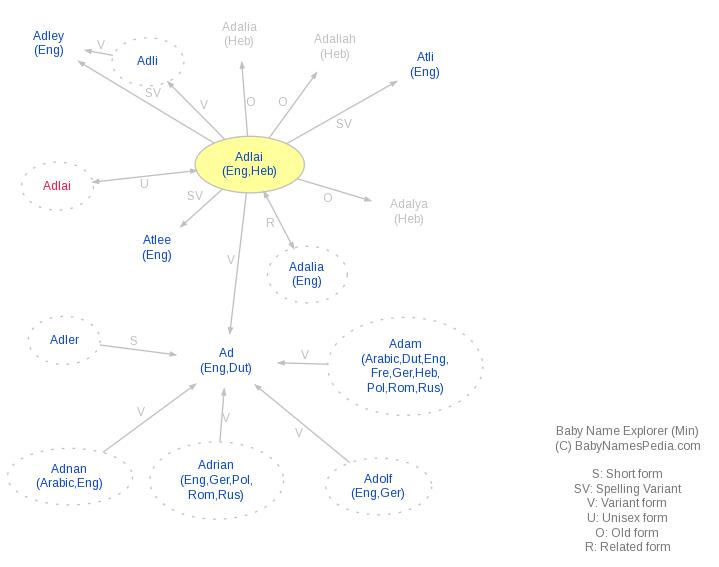