What does Adolf mean?

[ 2 syll. a-dol(f), ad-o-lf ] The baby boy name Adolf is pronounced in English as AED-aaLF or EY-DaaLF or in German as AA-DaoLF †. Adolf is largely used in the English and German languages, and it is derived from Germanic origins. The name's meaning is noble wolf. A two-element name, it is derived from the elements 'adal' meaning noble, honorable ; 'wulf' wolf. Adalwolf (Germanic) and Adwulf (Germanic) are original forms of Adolf. The 'wulf' element is commonly used in Germanic names, and it is often associated with having warrior-like characteristics. The French Adolphe was popular in 19th-century France. Adolphus has been a common name in the Swedish royal family, as borne by the Swedish monarch King Gustavus Adolphus II (1594-1632). The name was first brought into Britain by the Normans, replacing the Old English Aethelwulf. The name was used by 17th- and 18th-century German royalty, and was again introduced into Britain by the Hanoverians in the 18th century. George III's seventh son bore the name Adolphus. The name Adolf was hardly used after World War II due to the association with Adolf Hitler (1889-1945), the Nazi party leader in Germany during World War II. The short forms Dolph and Dolphus are sometimes used as independent names, as borne by the Swedish actor Dolph Lundgren (1957-). The name Adalwolfa (German) is the female equivalent of Adolf.

Other forms of Adolf include the short forms Dolf (Dutch, German, and Scandinavian), Dolph (English), and Dolphus (English), the diminutive form Ahlf (German), and the variant spelling Adolph (English and German).

Adolf is unusual as a baby name for boys. Its usage peaked modestly in 1906 with 0.006% of baby boys being given the name Adolf. It ranked at #852 then. The baby name has since experienced a fall in popularity, and is now of very light use. Among all boy names in its group, Adolf was nonetheless the most widely used in 2018. 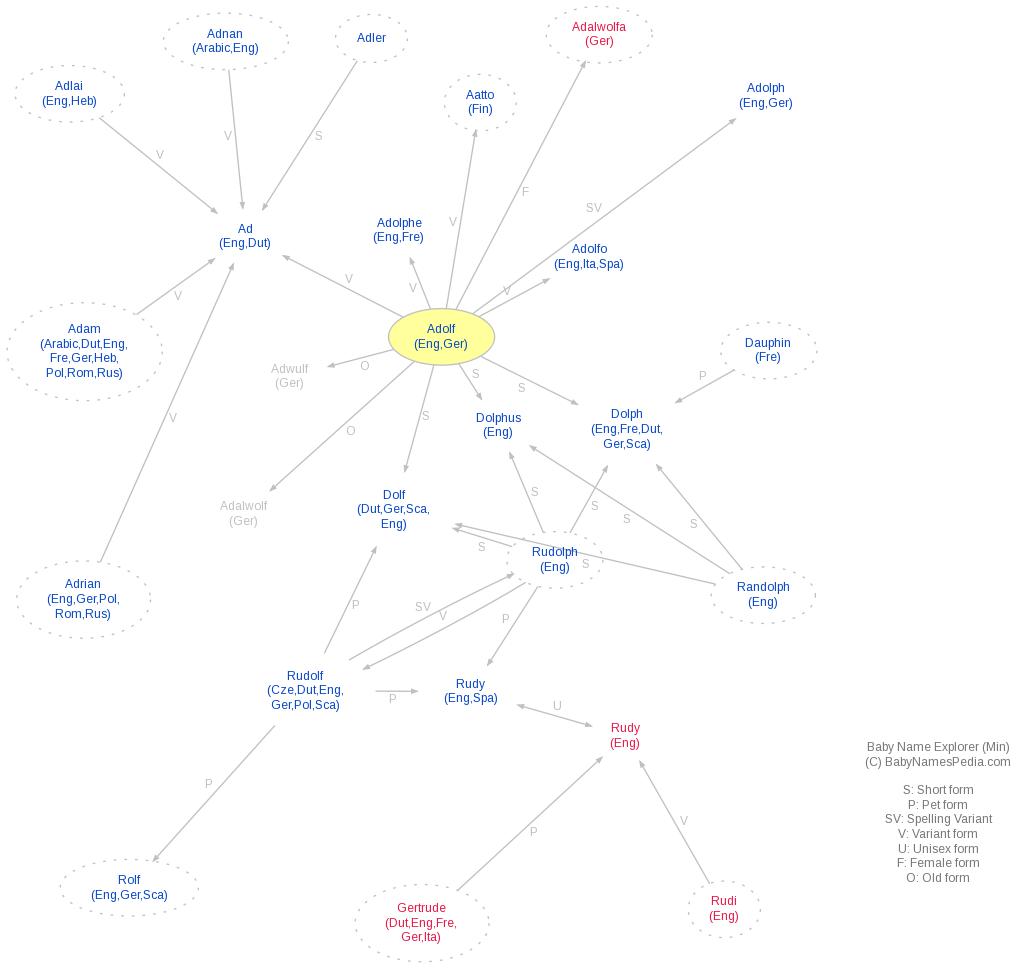