What does Adolfus mean?

[ 3 syll. a-dol-fus, ad-olf-us ] The baby boy name Adolfus is pronounced aa-DAALFahS- †. Adolfus' language of origin is Germanic, and it is predominantly used in the German and Scandinavian languages. Adolfus is a variant form of the English and German Adolf.

Adolfus is a rarely used baby name for boys. It is ranked outside of the top 1000 names. 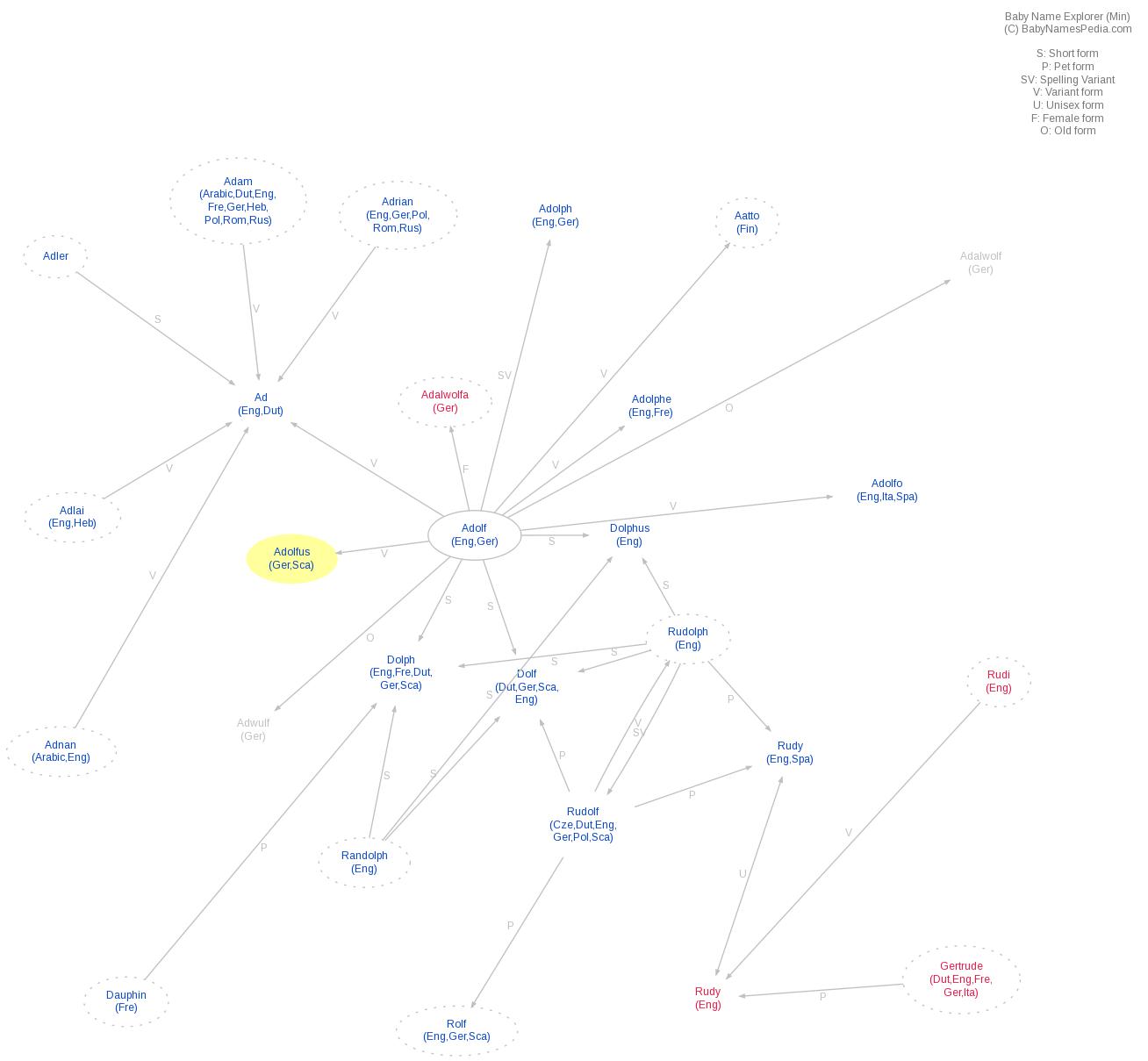