What does Adrian mean?

[ 3 syll. a-drian, ad-ri-an ] The baby girl name Adrian is also used as a boy name, with the latter form being far more popular. It is pronounced EY-DRiy-ahN in English, AA-DRiy-aaN in German, AAD-RYaaN in Polish, or aa-DRiy-AAN in Russian †. Adrian is of Latin origin and it is used mainly in English. The meaning of Adrian is 'woman from Hadria; dark one'. It is derived from the word ater which is of the meaning 'black'. The name was often given to girls with dark complexion, eyes, or hair. See Adrian for more information.

Forms of Adrian include the name Adriann and the English Hadria.

Another variant of the name is the English familiar form Rian.

Adrian is uncommon as a baby girl name. At the modest height of its usage in 1983, 0.027% of baby girls were named Adrian. It was #439 in rank then. The baby name has markedly slipped in popularity since then, and is currently used only on a very light scale. Within all girl names in its family, Adrian was nevertheless the most regularly used in 2018. Adrian has in the last century been primarily given to boys. In 2000, 24 times more boys than girls were given the name Adrian. 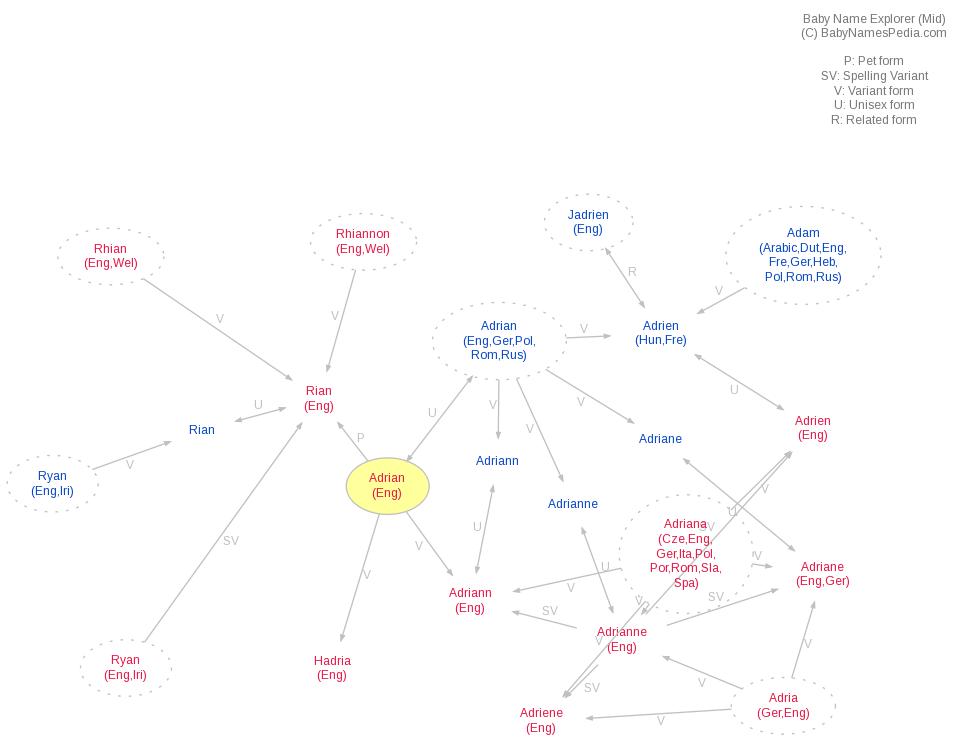