What does Aeneas mean?

[ 3 syll. ae-nea(s), aen-e-as ] The baby boy name Aeneas is pronounced in English as ih-NIY-ahS †. Aeneas is mainly used in English. Its language of origin is Old Greek and Celtic. From Old Greek roots, its meaning is praiseworthy. It is derived from the word 'ainein' which is of the meaning to praise. An original form of the name is Aineas (Old Greek). Aeneas was the Trojan hero in Greek mythology who fled Troy and sailed to Italy where he founded the Roman state. His voyages were recorded in Virgil's Aeneid (BC 30-19). In literature, Aeneas has appeared in Shakespeare's Troilus and Cressida (1602). The name was rather common in Scotland as an Anglicized form of the Gaelic Aonghus or Aonghas, and in Ireland as an equivalent of the Gaelic Éigneachán.

In addition, Aeneas is a variant form of the English, Irish, and Scottish name Angus.

Another form of the name is the English spelling variant Eneas.

Aeneas is not commonly used as a baby boy name. It is not in the top 1000 names. 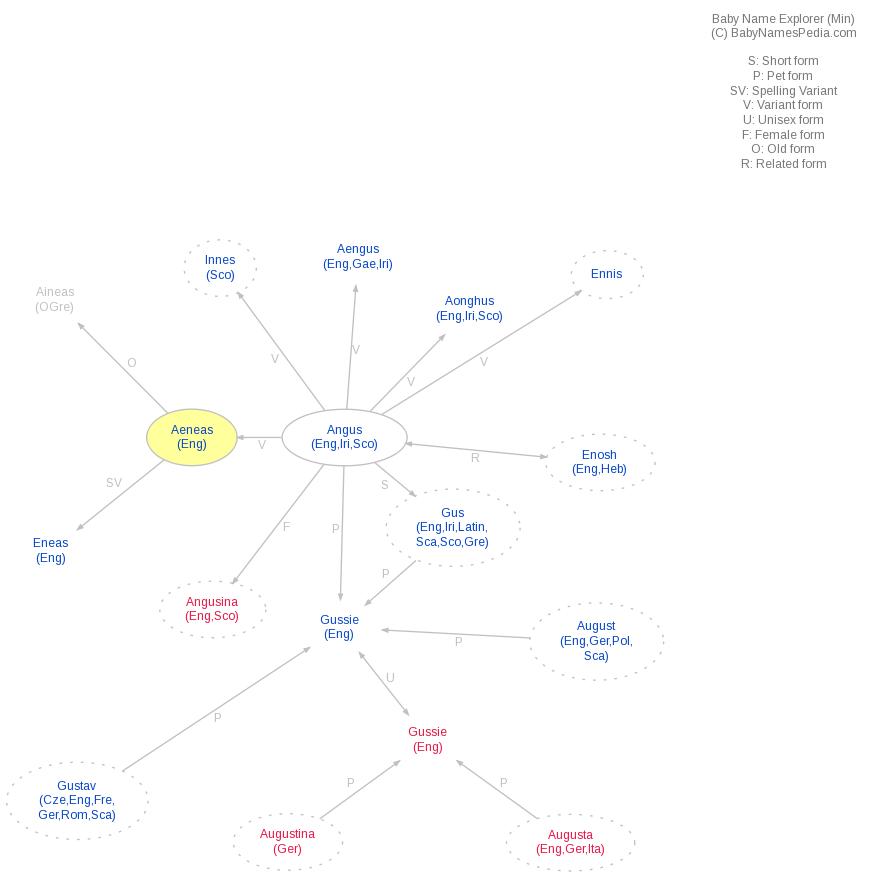