What does Aglaia mean?

[ 3 syll. a-gla-ia, ag-l-aia ] The baby girl name Aglaia is pronounced as ah-GLAY-ah or ah-GLEY-ah in English †. Aglaia is largely used in English, German, Greek, and Russian. Its origin is Old Greek. The name Aglaia means brightness, splendor. Its meaning is derived from the word 'aglaós'. The name is of debated origin; it may be associated with Aegle. In Greek mythology, the three Graces were Aglaia, Euphrosyne, and Thalia; they were the daughters of Zeus and Eurynome, and symbolized joy and gratitude. The name is authorised by the Orthodox Church, as it was also borne by a companion of Saint Boniface.

Aglaé (French), Aglaja (Dutch and German), Aglaya (Russian), and Aglea (Greek) are variant transcriptions of the name that are used in other languages.

Aglaia is not commonly used as a baby girl name. It is not listed within the top 1000. 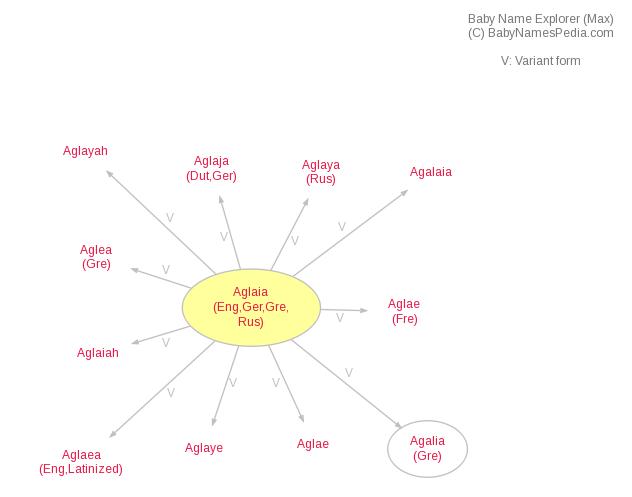