What does Agrippa mean?

[ 3 syll. a-grip-pa, ag-ri-ppa ] The baby boy name Agrippa is also used as a girl name. It is pronounced in English as ah-GRIH-Pah †. Agrippa is used chiefly in the Hungarian language and its origin is Old Greek. The name is of the meaning born feet first. The name Agripina (Romanian) is the female form of Agrippa.

Agrippa is unusual as a baby name for boys. It is not listed in the top 1000 names. 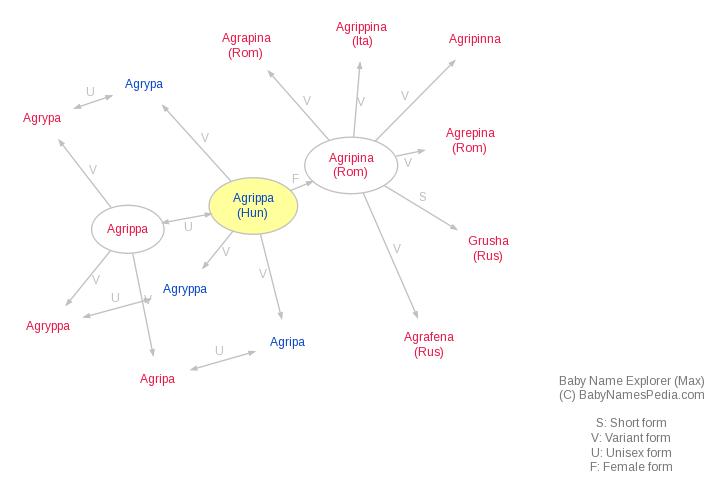