What does Agusto mean?

[ 3 syll. a-gus-to, ag-u-sto ] The baby boy name Agusto is pronounced as aa-GUW-Z-Tow- †. Agusto is used chiefly in Spanish and its origin is Latin. The meaning of Agusto is venerated.

In addition, Agusto is a variant of the name August (English, German, Polish, and Scandinavian) in the Spanish language.

The name Augustino (Spanish) is a variant of Agusto.

Agusto is uncommon as a baby boy name. It is not listed within the top 1000. In 2018, out of the family of boy names directly related to Agusto, August was the most widely used. 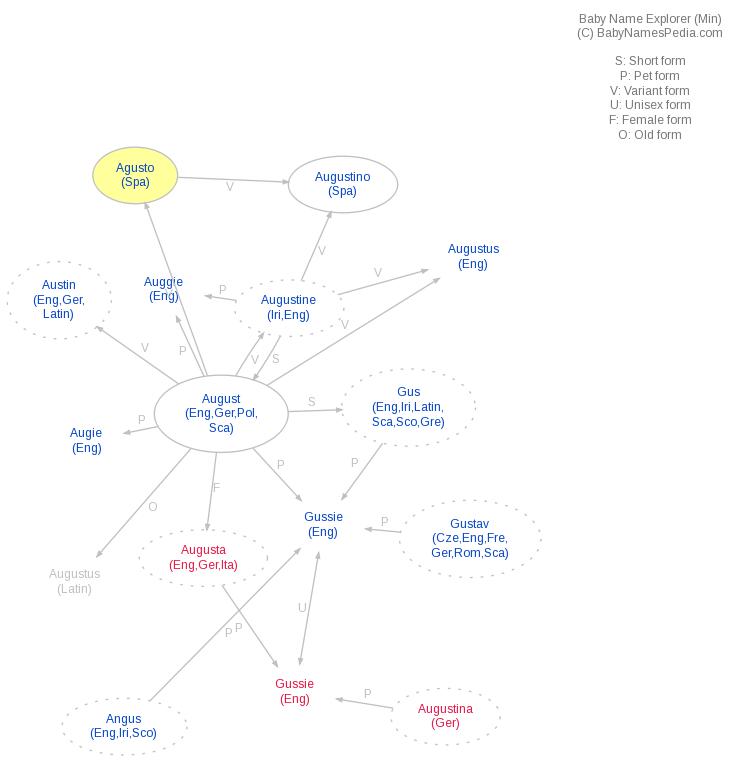