What does Ahmad mean?

[ 2 syll. a-hmad, ah-m-ad ] The baby boy name Ahmad is pronounced as aaK-MAA-D or aa-HHMAA-D †. Ahmad has its origins in the Arabic language. It is used largely in Arabic, English, and German. The name Ahmad means 'most praiseworthy'. It is derived from the word hamida which is of the meaning 'to praise, to commend, to thank'. This is one of the many names of the prophet Muhammad, and it is also one of the most popular Arabic names. It was borne by three 17th- and 18th-century Turkish sultans named Ahmet. In the USA, the name is used mostly by Muslim African Americans.

Ahmad has 19 variant forms that are used in English and foreign languages. English variant forms of Ahmad include Ahamad, Ahamada, Ahmed (used in Arabic and Turkish as well), Ahmod, Am, Amad, Amadi, Amahd, Amed, Emad, and Humayd. 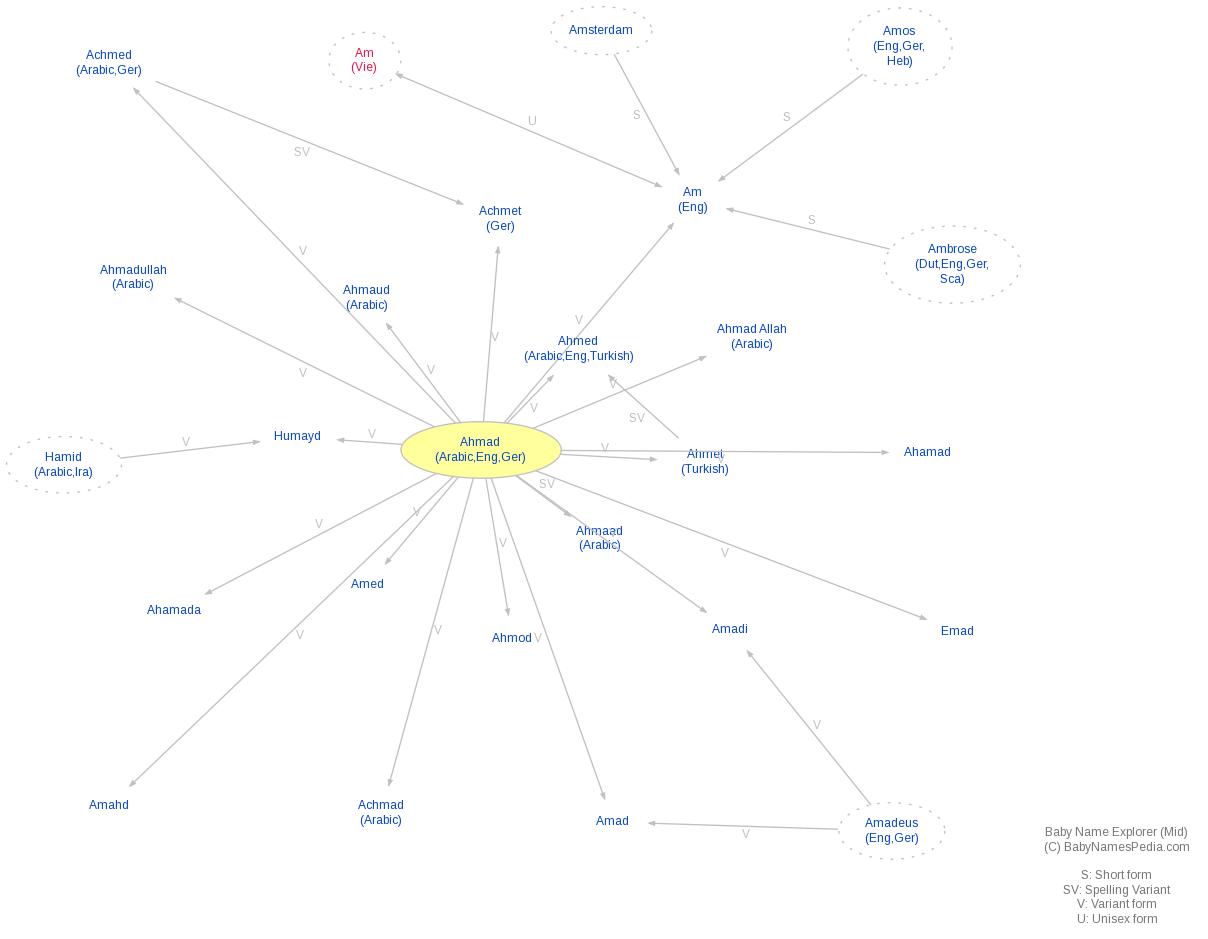