What does Aideen mean?

[ 2 syll. ai-dee(n), aid-e-en ] The baby girl name Aideen is pronounced as ahDIY-N or ey-DIY-N †. Aideen's language of origin is Hebrew and Celtic. It is predominantly used in Irish. Celtic origin: Étaín (Old Irish) is an original form of the name. The name is Anglicized from Étaín, which could be from the Old Irish ét or étan. It was borne in Irish mythology by the heroine of "The Wooing of Étaín"; she was a beautiful mortal woman who became the wife of Midir.

In addition, Aideen is a variant transcription of Adina (German, English, and Hebrew).

Variant forms inherit the origin and meaning of Aideen.

Aideen is not popular as a baby girl name. It is not listed within the top 1000. 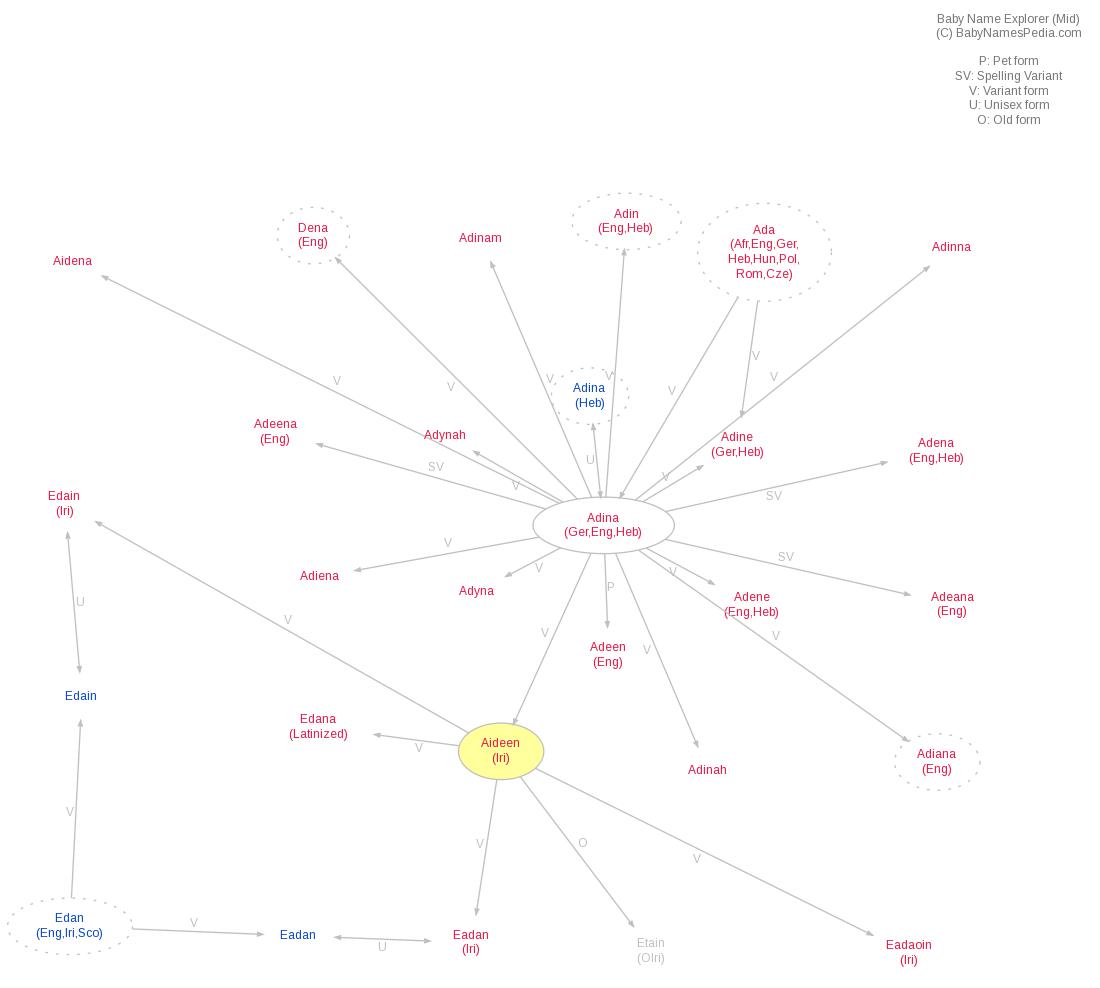