What does Aidyn mean?

[ 2 syll. ai-dyn, aid-yn ] The baby boy name Aidyn is pronounced EY-DihN †. Aidyn's language of origin is Celtic and it is predominantly used in English. Aidyn is a spelling variant of the English, Gaelic, Irish, and Scottish Aidan.

Aidyn is a rare baby boy name. At the peak of its usage in 2011, 0.018% of baby boys were named Aidyn. It was #636 in rank then. The baby name has fallen from favor since then, and is used only on a very modest scale today. In 2018, out of the family of boy names directly related to Aidyn, Aidan was the most regularly used. 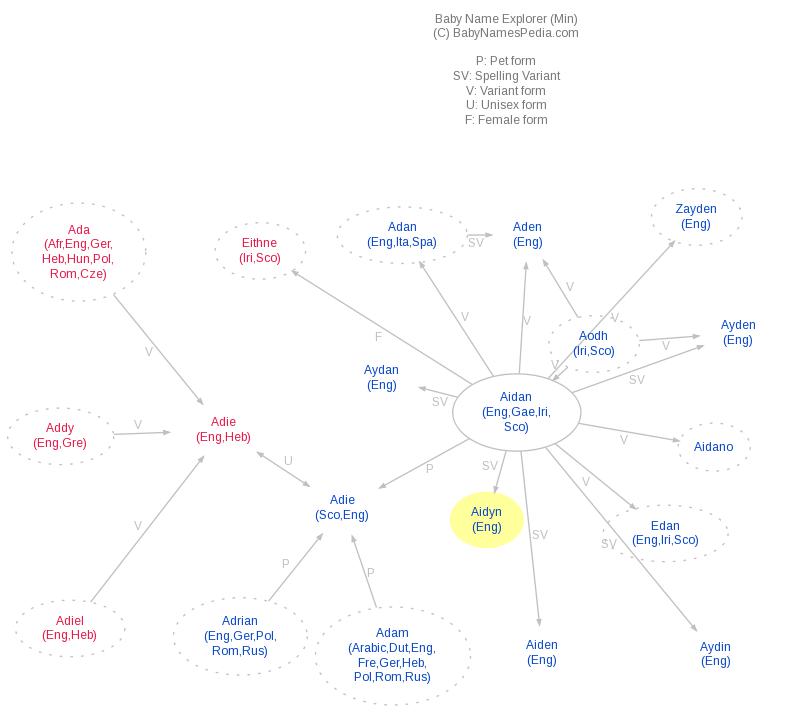