What does Ainsley mean?

[ 2 syll. ai-(n)sley, ain-sl-ey ] The baby girl name Ainsley is pronounced EY-NZLiy- †. Ainsley has its origins in the Old English language. It is used largely in English and Scottish. The first name is derived from the surname; the latter was borne by an ancient and powerful family in the Scottish borders. The family name is from the name of an English village, either Annesley in Nottinghamshire or Ansley in Warwickshire. The former is derived from the elements an ('one, only') and leah (meaning 'wood, clearing, meadow'), and the latter from ansetl ('hermitage, solitary') and leah (meaning 'wood, clearing, meadow'). Ainsley is the feminine equivalent of the English Ansley. 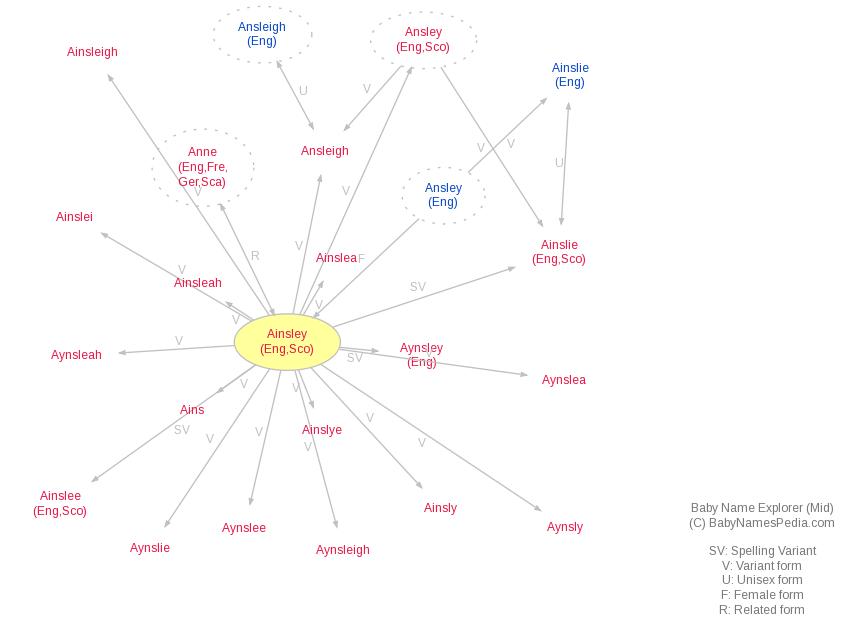