What does Aisha mean?

[ 3 syll. ai-(s)ha, ais-ha ] The baby girl name Aisha is pronounced as AYIY-SHAA †. Aisha is largely used in African, Arabic, English, and Swahili, and its origin is Arabic. Aisha is of the meaning alive, she who lives. It is derived from the element 'a'isha' with the meaning alive. The name was borne by the third and favorite wife of the prophet Muhammad, Aisha bint Abu Bakr (613-78); known as the 'the mother of believers', she became an important political and religious figure after his death. Aisha consequently became one of the most popular Arab female names. The form Ayesha has appeared as the name of the powerful queen in the H. Rider Haggard novel She (1886), while the form Ayeisha is used especially by Afro Americans.

What are the Variant Forms of Aisha?

Aisha is fairly popular as a baby name for girls. The name grew in popularity during the 1970s; before that, it was of irregular use only. At the modest height of its usage in 1977, 0.094% of baby girls were named Aisha. Its ranking then was #175. The baby name has since experienced a fall in popularity. In 2018, its usage was 0.032% and its ranking #523, but it was nevertheless the most popular within all girl names in its group. 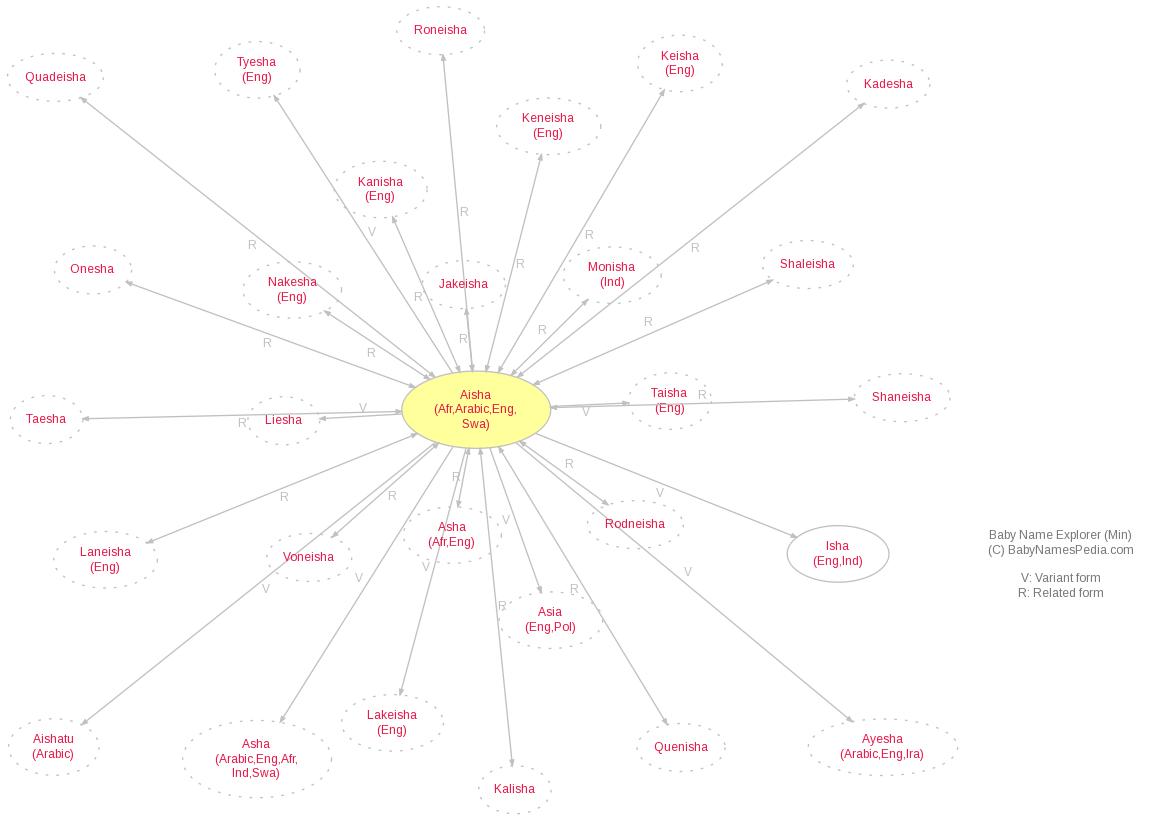