What does Aisling mean?

[ 2 syll. ai-slin(g), ais-li-ng ] The baby girl name Aisling is pronounced as AESH-Lih-NG †. Aisling is used chiefly in the English, Gaelic, and Irish languages, and its origin is Irish. It is derived literally from the word 'aisling' meaning dream, vision. The name was coined in the 20th century.

Aisling is a rarely used baby name for girls. It is not listed in the top 1000 names. In 2018, within the group of girl names directly linked to Aisling, Ashlynn was the most frequently used. 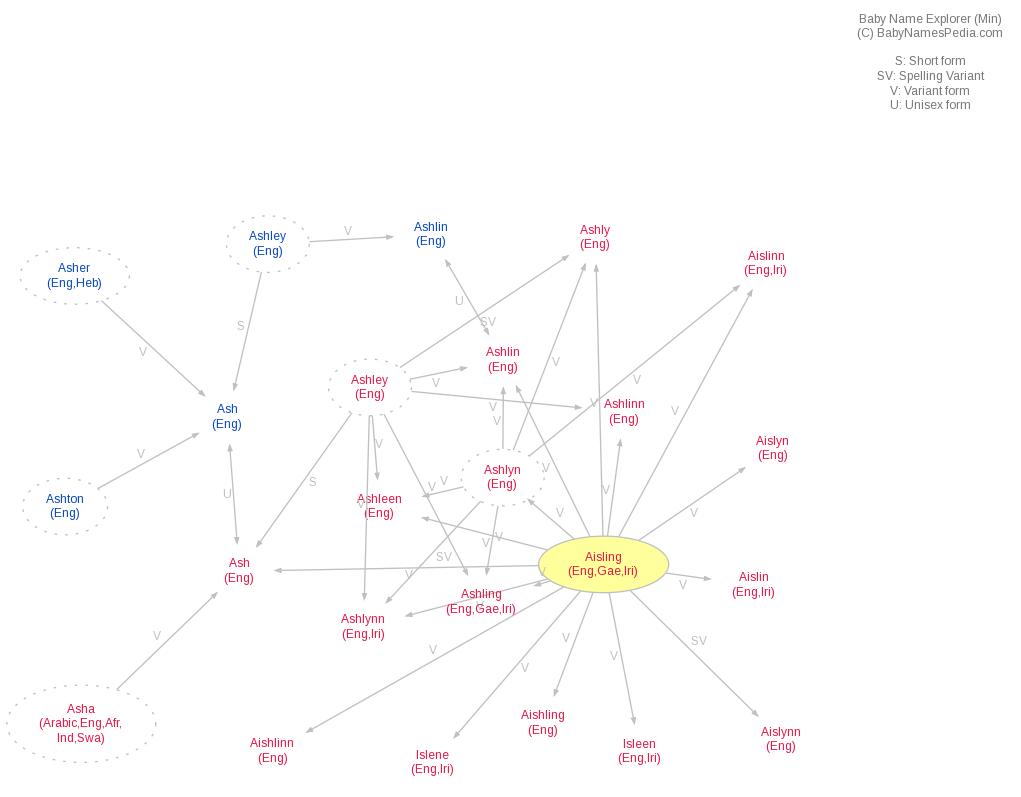