What does Akeelah mean?

[ 2 syll. a-kee-lah, ak-eel-ah ] The baby girl name Akeelah is pronounced as aa-K-L-aa- †. Akeelah's origin is Arabic. Akeelah is a derivative of the Arabic and English name Aqila.

Akeelah is an uncommon baby name for girls. At the modest height of its usage in 2006, 0.019% of baby girls were named Akeelah. It ranked at #711 then. The baby name has since steeply dropped in popularity, and is currently used on an infrequent scale. Within all girl names in its group, Akeelah was nevertheless the most widely used in 2018. 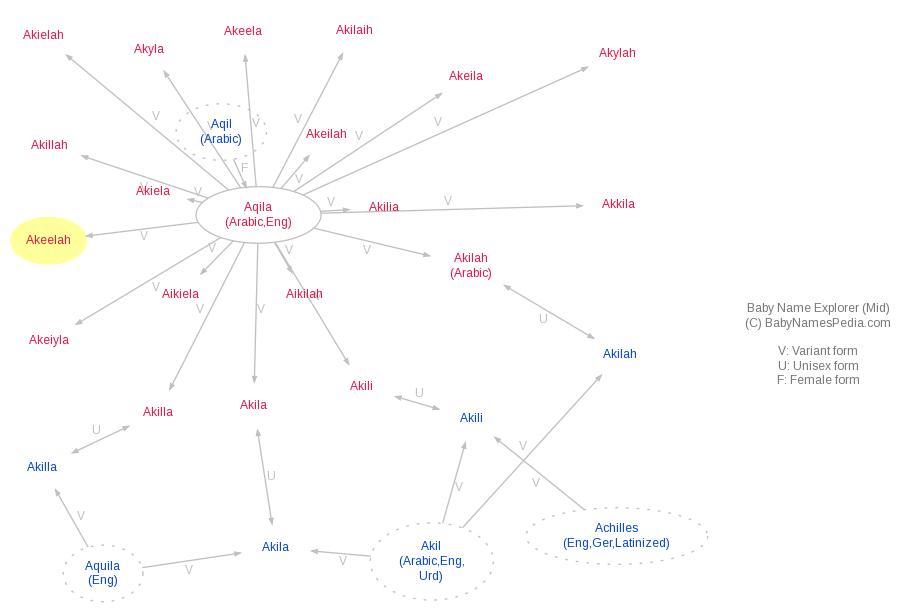