What does Alannah mean?

[ 3 syll. a-lan-nah, al-ann-ah ] The baby girl name Alannah is pronounced ah-LAEN-ah (English) †. Alannah has its origins in the Celtic language and it is used largely in English. The name could be a combination of the Anglo Irish term of endearment alannah (meaning 'o child, dear child'), with 'lan' as a derivative of leanbh, or a re-spelling of Alana, with the influence of names of Hebrew origin such as Hannah and Susannah.

Alannah is a variant form of the English Alana. 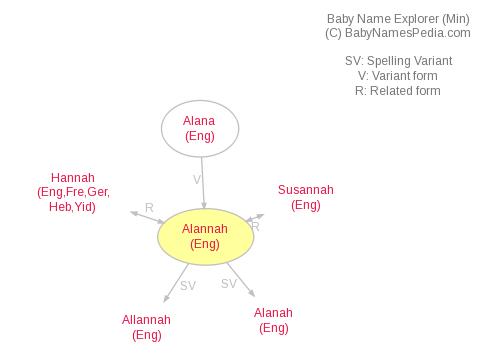