What does Alba mean?

Alba is mainly used in the Catalan, English, German, Italian, and Spanish languages, and its language of origin is Latin. The name's meaning is white; blond, fair one. It is derived from the element 'albus' meaning white.

Alba is of Germanic origin. It is used mainly in German, Italian, and Spanish. It is derived from the word alb which is of the meaning 'elf, supernatural being'.

In addition, Alba is a variant form of the English, German, Hungarian, Italian, and Polish name Alberta in the Czech language.

Alba is also a variant form of the English, German, Italian, Polish, Russian, and Slavic name Albina in the English language.

Alba is also a variant form of Aurora in the Italian and Spanish languages.

Alba is unusual as a baby girl name. Its usage peaked modestly in 1915 with 0.008% of baby girls being named Alba. It had a ranking of #747 then. The baby name has slipped in popularity since then, and is of only sporadic use now. Among the family of girl names directly related to Alba, Aurora was the most widely used in 2018. 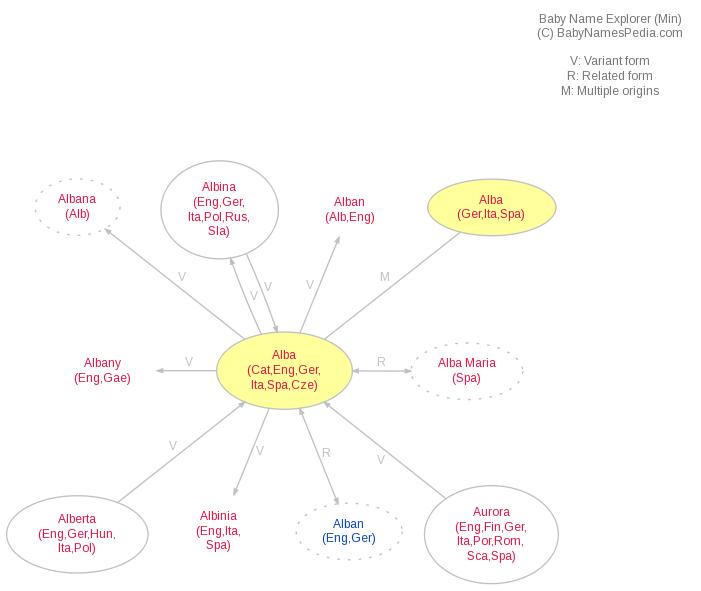