What does Albus mean?

[ 2 syll. al-bus, alb-us ] The baby boy name Albus is pronounced as AELBahS †. Albus is used predominantly in English and its origin is Latin. The meaning of Albus is white or elf.

Albus is not commonly used as a baby boy name. It is listed outside of the top 1000. 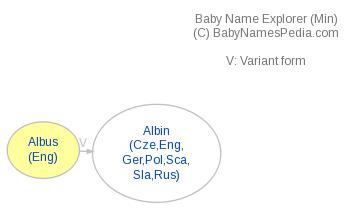