What does Alcyone mean?

[ 4 syll. al-cyo-ne, alc-y-one ] The baby girl name Alcyone is pronounced in English as aeL-SAY-ah-Niy †. Alcyone is used mostly in English and French, and its language of origin is Old Greek. The name is Latinized from Alkyone (Greek), which is itself from the element 'alkyon' or 'halkyon'; the 'h' was added by association in mythology with the element 'hals'. Halcyon birds are a genus of tree kingfishers; thus the name means 'kingfisher'. In Greek mythology, Alcyone was the daughter of Aeolus; her mother could be Aegiale or Enarete. She married Ceyx, who was later killed by Zeus at sea. In her grief, she threw herself into the sea, and the sympathetic gods carried her to Ceyx and turned the couple into halcyon birds. Alcyone is also the name of the brightest star in the Pleiades star cluster of the constellation Taurus.

Alcyone is a derivative (English and French) of the English name Halcyon.

The names Alcieone and Alcione are derivatives of Alcyone.

Alcyone is not widely used as a baby name for girls. It is not in the top 1000 names. 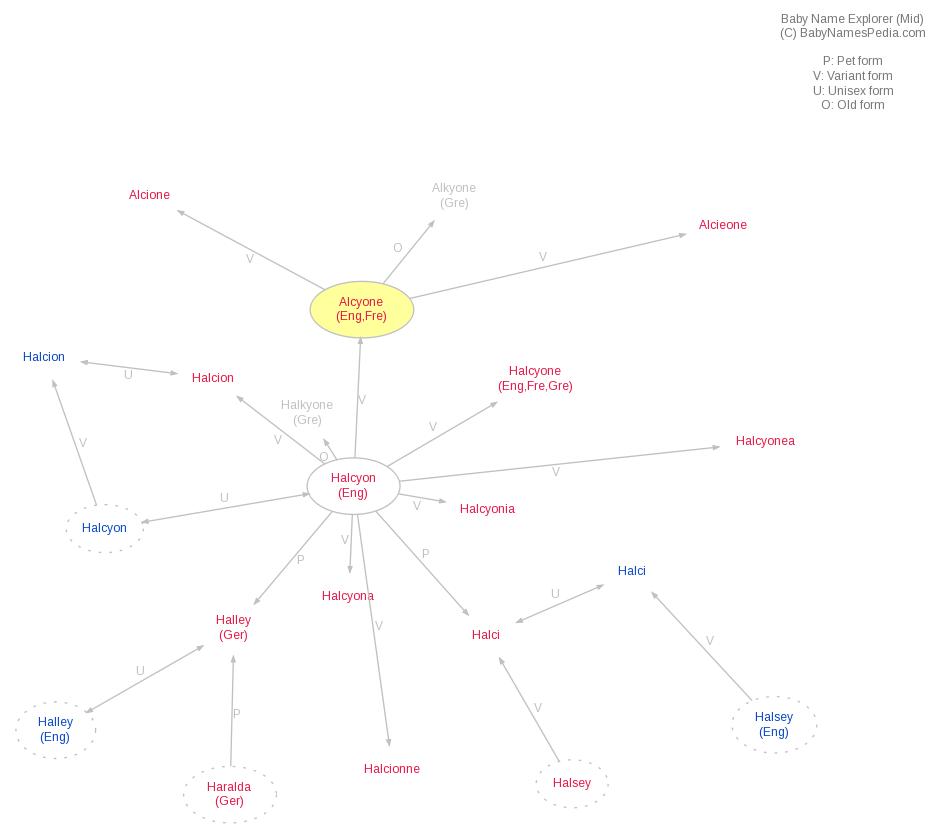