What does Alda mean?

[ 2 syll. al-da, ald-a ] The baby girl name Alda is also used as a boy name, though it is far more popular for girls. It is pronounced AA-LD-ah †. Alda has its origins in the Germanic language. It is used largely in German, Italian, and Portuguese. It is derived from adal meaning 'noble, honorable' ; ald 'old'. Alda or Aldabella is the name of Orlando's wife in the Charlemagne romance. Alda is the feminine form of the German and English Aldous.

Alda has 13 forms that are used in English and foreign languages. English forms of the name include Aldabella, Aldah, Aldeana, Aldene, Aldinah, Alida (used in Greek and Hungarian as well), Allda, and Alldah.

Alda is uncommon as a baby girl name. At the height of its usage in 1901, 0.017% of baby girls were named Alda. It was #448 in rank then. The baby name has substantially dropped in popularity since then, and is used only on a very modest scale today. Within all girl names in its family, Alda was nevertheless the most popular in 2018. Alda has primarily been a baby girl name in the last century. 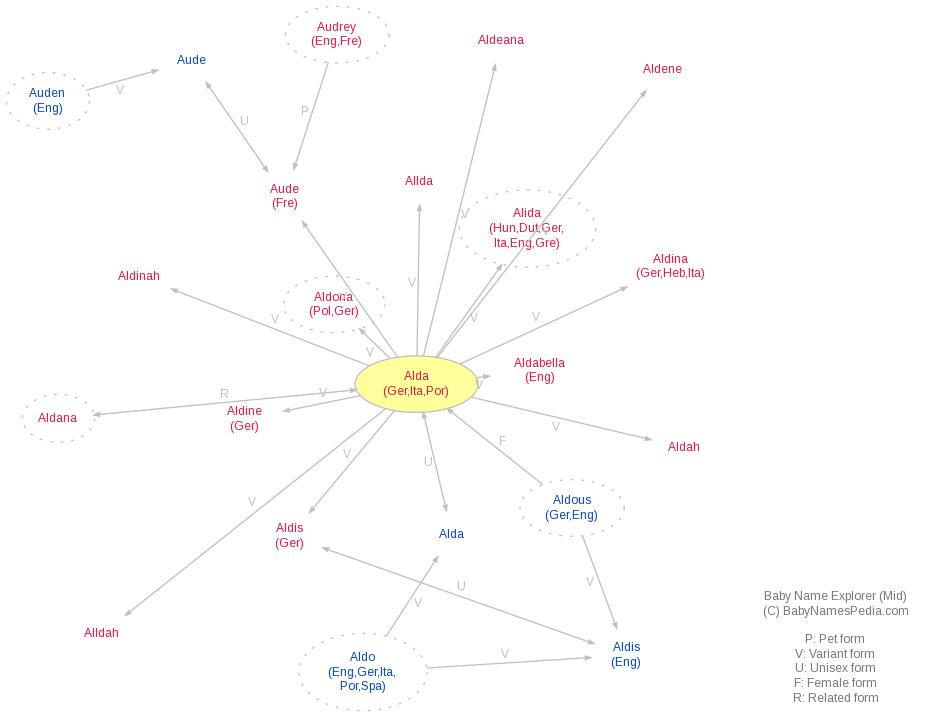