What does Alda mean?

[ 2 syll. al-da, ald-a ] The baby boy name Alda is also used as a girl name, with the latter form being much more common. It is pronounced as AA-LD-ah †. The origin of Alda is Germanic. Alda is a variant of the name Aldo (English, German, Italian, Portuguese, and Spanish).

Alda is infrequently used as a baby name for boys. It is not listed in the top 1000 names. Among the group of boy names directly linked to Alda, Aldo was the most widely used in 2018. Alda has in the past century been mostly given to girls. 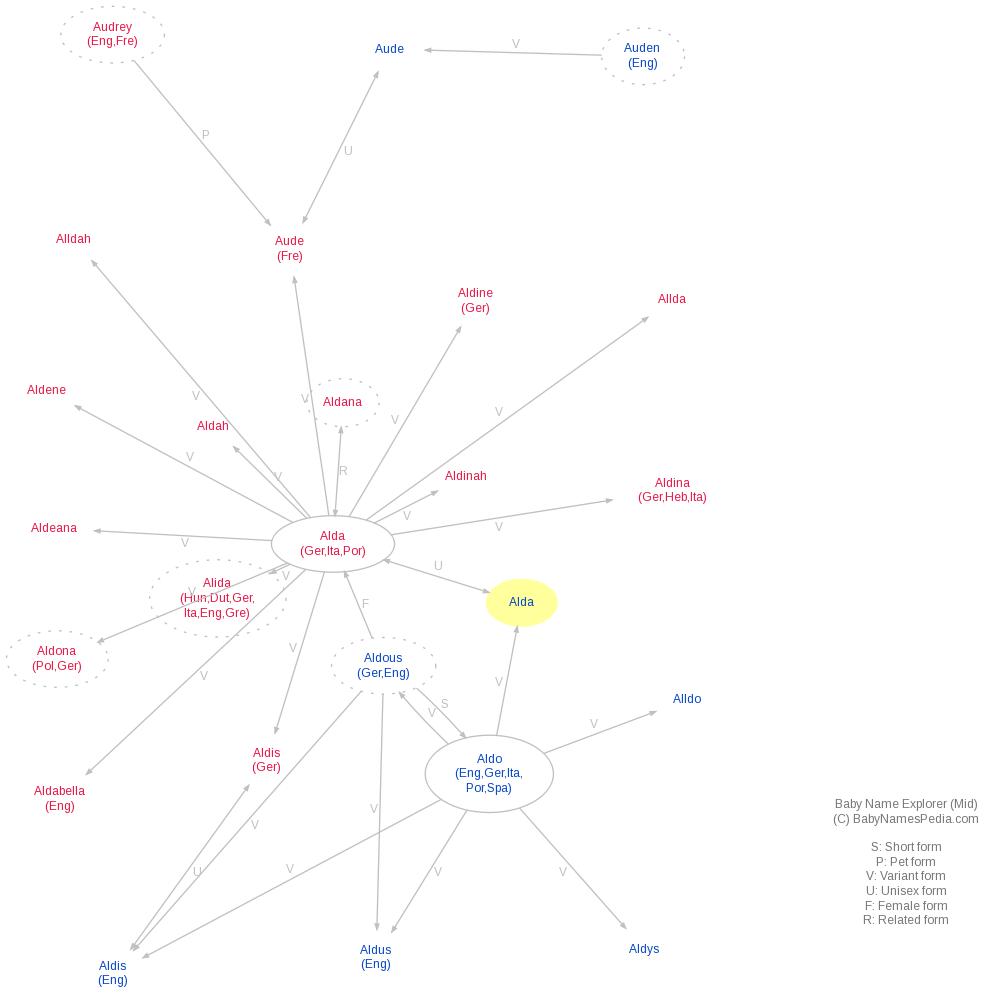