What does Aldo mean?

[ 2 syll. al-do, ald-o ] The baby boy name Aldo is pronounced as AA-LDow- †. Aldo is primarily used in the English, German, Italian, Portuguese, and Spanish languages. It is of Germanic origin. This originated as an Italian diminutive of Germanic names starting with the element 'eald', or more likely, 'adal' (meaning noble, honorable).

In addition, Aldo is a German, Italian, Portuguese, and Spanish contraction of the German and English name Aldous.

The names Alda, Aldis, Aldus, Aldys, and Alldo are forms of Aldo.

Aldo is a classic favorite. Currently it is still somewhat popular as a baby boy name, but to a lesser degree than it was in the past. The name jumped in popularity from the 1970s up to the 2000s. Its usage peaked modestly in 2007 with 0.030% of baby boys being given the name Aldo. It was #429 in rank then. The baby name has experienced a decline in frequency since then. In 2018, its usage was 0.014% and its ranking #839, but it was nonetheless the most regularly used among all boy names in its family. 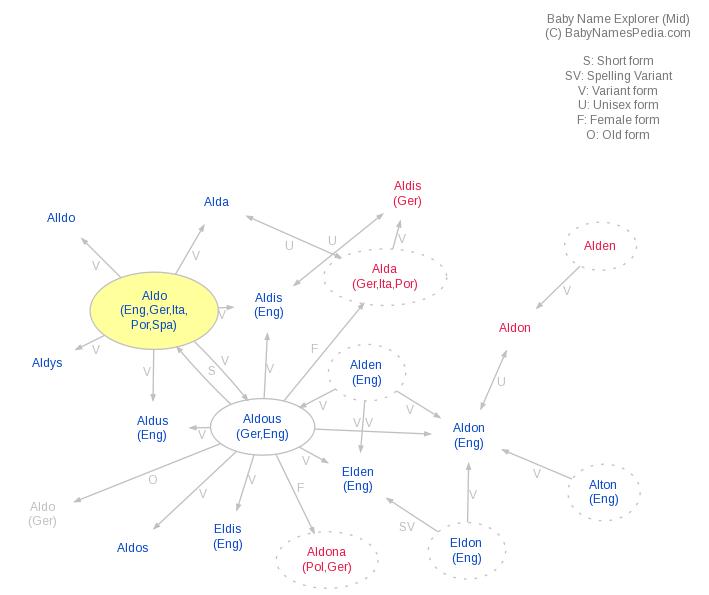