What does Aldous mean?

[ 2 syll. al-dou(s), ald-o-us ] The baby boy name Aldous is pronounced as AELDahS †. Aldous is used chiefly in the German and English languages, and its origin is Old English and Germanic. Germanic origin, English use: Aldo (Germanic) is an old form of Aldous. The name is of debated origin; it could have originated as the short form of Germanic names with the element 'adal' (meaning noble, honorable), or else 'ald' indicating respect. It has been used in Britain since the 13th century, especially in East Anglia. It later saw a minor revival in the 19th century. A notable bearer was the British novelist Aldous Huxley (1894-1963). The form Aldo was borne by Aldus Manutius (Aldo Manuzio, 1450-1515), an Italian printer and founder of the Aldine Press who printed and preserved classic literary works.

In addition, Aldous is a variant of the name Alden (English) in the German language.

Aldous is also a variant of the name Aldo (English, German, Italian, Portuguese, and Spanish).

The name Alda (German, Italian, and Portuguese) and the name Aldona (Polish and German) are the female forms of Aldous.

Aldous is infrequently used as a baby name for boys. It is not listed in the top 1000 names. Out of the group of boy names directly linked to Aldous, Alden was the most commonly used in 2018. 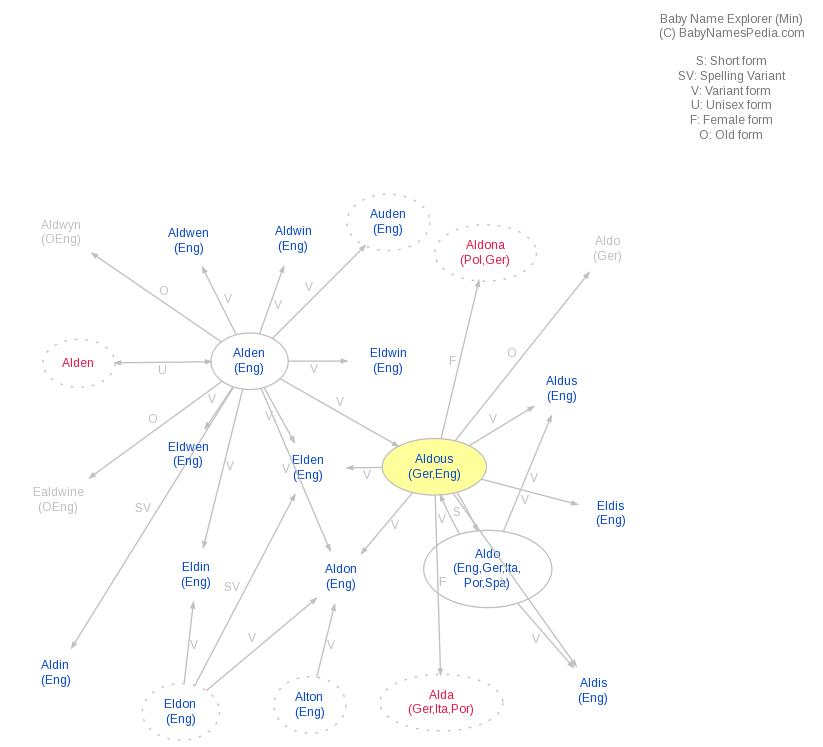