What does Alec mean?

[ 2 syll. a-lec, al-ec ] The baby boy name Alec is pronounced as AEL-ehK †. Alec's language of origin is Old Greek, and it is used mainly in the English, Greek, and Scottish languages. This was first used as a diminutive of Alexander in the mid-19th century, particularly in Scotland. The name has been less popuar than Alex, possibly due to the colloquial term 'smart alec'.

Alec is a contraction (English, Greek, and Scottish) of Alexander (Dutch, English, German, Hungarian, and Slavic).

The origin and meaning of Alec is inherited by all variant forms. 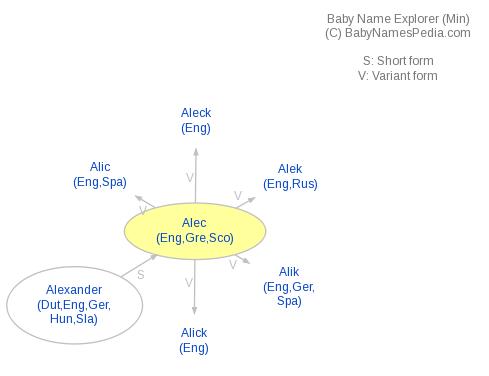