[ 4 syll. a-le-ko-na, al-ek-ona ] The baby boy name Alekona is also used as a girl name. Its pronunciation is AHLeh-KOWNaa †. Alekona is largely used in the Hawaiian language, and its origin is English and Old English. From English roots, its meaning is old town.

In addition, Alekona is a Hawaiian variant of the name Alton (English).

Alekona is rarely used as a baby name for boys. It is not listed in the top 1000 names. 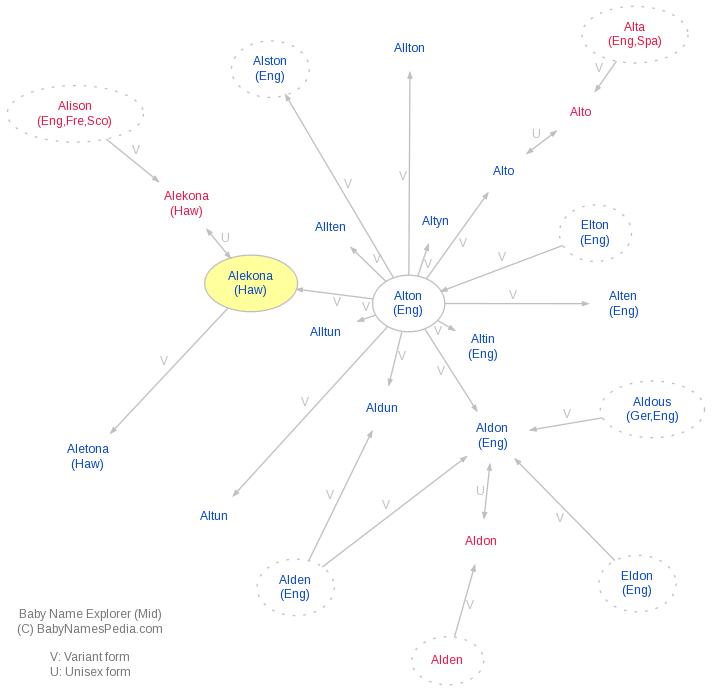