What does Alethea mean?

[ 4 syll. a-let-hea, al-eth-ea ] The baby girl name Alethea is pronounced aa-LIY-DHiy-aa- †. Alethea's language of origin is Old Greek and it is used mainly in the English language. It is derived from the element aletheia meaning 'truth'. The name was first used in the 17th century, during the Puritan movement for abstract virtue names. It was also promoted by association with Princess Maria Alatea of Spain, who was courted by the future King Charles I. In literature, the name is borne by the character Alethea Pontifex in the Samuel Butler novel The Way of All Flesh (1903). It has recently been rather popular among African Americans.

Alethea has 23 variations that are used in English and foreign languages. Variations used in English include Alathia, Aleathia, Aleethia, Aleita, Aleithia, Aleta, Aletea, Aleth, Aletheia, Alithea, Alithia, Allethea, Althaea, Althaia, and Oleta. Other English forms include the short forms Aletha and Althea, the pet forms Lettie and Letty, and the variant spelling Alethia. Aletia (Hawaiian) and Olethea (Latin) are foreign variations of Alethea. Another foreign form is the variant spelling Alathea (Greek).

Alethea is uncommon as a baby name for girls. At the height of its usage in 1973, 0.021% of baby girls were given the name Alethea. Its ranking then was #522. The baby name has since fallen out of favor, and is currently of only very modest use. Within all girl names in its group, Alethea was nonetheless the most popular in 2018. 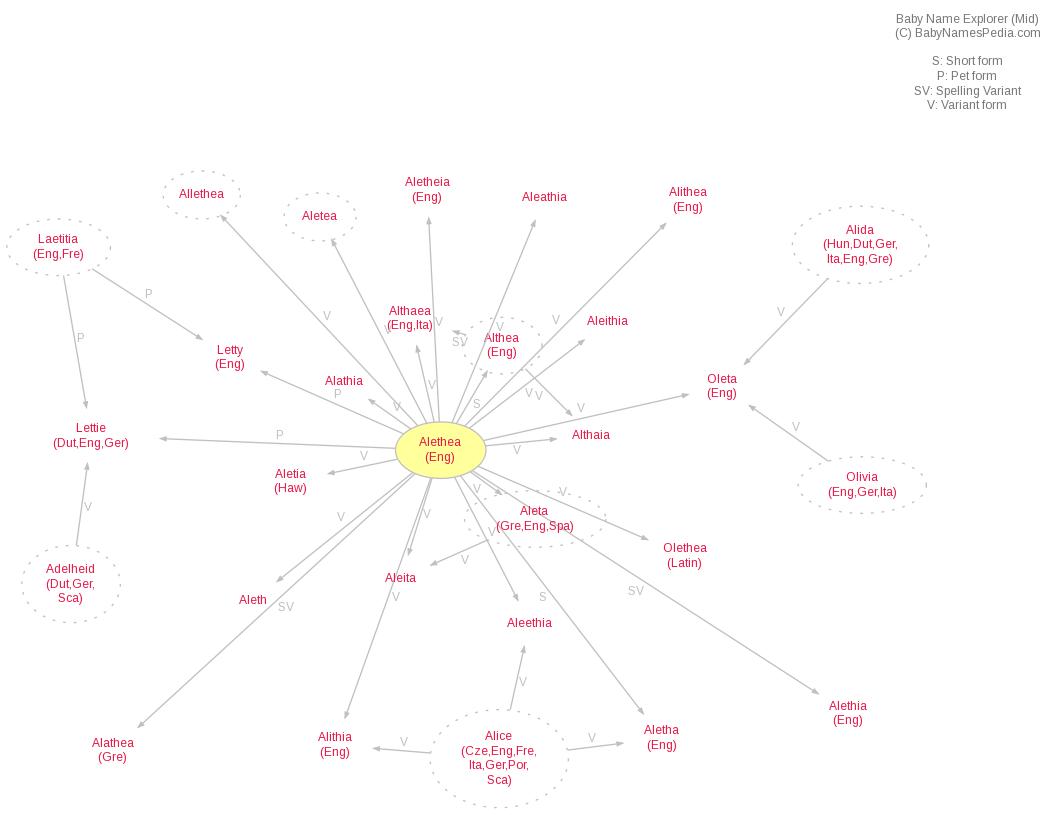