What does Aletheia mean?

[ 4 syll. a-let-he-ia, al-eth-eia ] The baby girl name Aletheia is pronounced as aa-Liy-THEY-aa- †. Aletheia has its origins in the Old Greek language and it is used largely in English. Aletheia is a variant form of the English Alethea.

Aletheia is not popular as a baby name for girls. It is not in the top 1000 names. 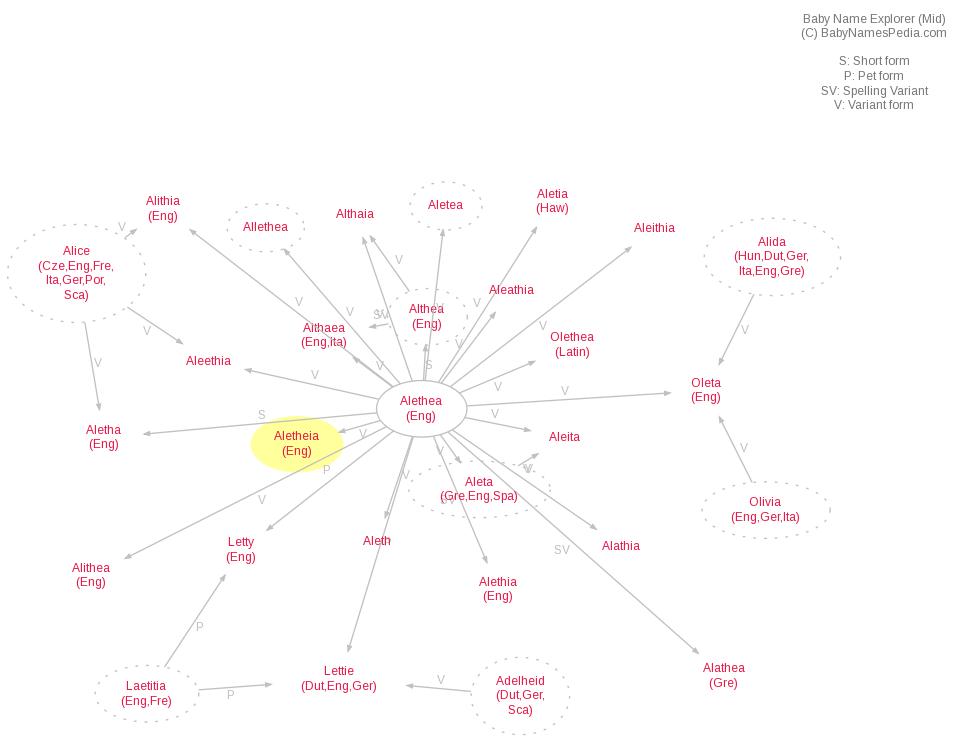