What does Alexandra mean?

[ 4 syll. a-le-xan-dra, al-exand-ra ] The baby girl name Alexandra is also used as a boy name, though the use for girls is far more popular. It is pronounced in English as aeL-ahG-ZAEN-DRah, in Dutch as aa-LahK-SAAN-DRaa, or in German as aa-LehK-SAAN-DRaa †. Alexandra's language of origin is Old Greek. It is predominantly used in Czech, Dutch, English, German, Greek, Hungarian, Portuguese, Romanian, Russian, Scandinavian, Slavic, and Spanish. The name Alexandra means 'defender of men'. It is derived from alexein which means 'to ward off, to defend' ; aner 'man'. The name was borne in Greek mythology as an epithet by the goddess Hera. It was also borne by Alix of Hesse, the wife of Nicholas II the last Tsar of Russia; she was given the name Alexandra after being received into the Russian Church. The name was first popularized in the late 19th century by Queen Alexandra (1844-1925), the Danish princess who married King Edward VII of England. The form Alexandrina was popular in the 19th century as well, as it was Queen Victoria's (1819-1901) first name. Other members of royalty with the name have included Empress Alexandra of Russia (1872-1918) and the cousin of Elizabeth II, Princess Alexandra (1936-). Alexandra is the feminine form of the Dutch, English, German, Hungarian, and Slavic Alexander.

What are the Variant Forms of Alexandra?

Alexandra is a popular baby girl name. The name grew in popularity from the 1930s up to the 1990s. Its usage peaked in 1993 with 0.542% of baby girls being named Alexandra. It had a ranking of #28 then. The baby name has experienced a drop in frequency since then. In 2018, it ranked at #125 with a usage of 0.130%, but it was nevertheless the 3rd most popular after Elena and Alexa, among all girl names in its family. Elena was more frequently used than Alexandra by 57% in 2018. In the last century Alexandra has mainly been a baby girl name. 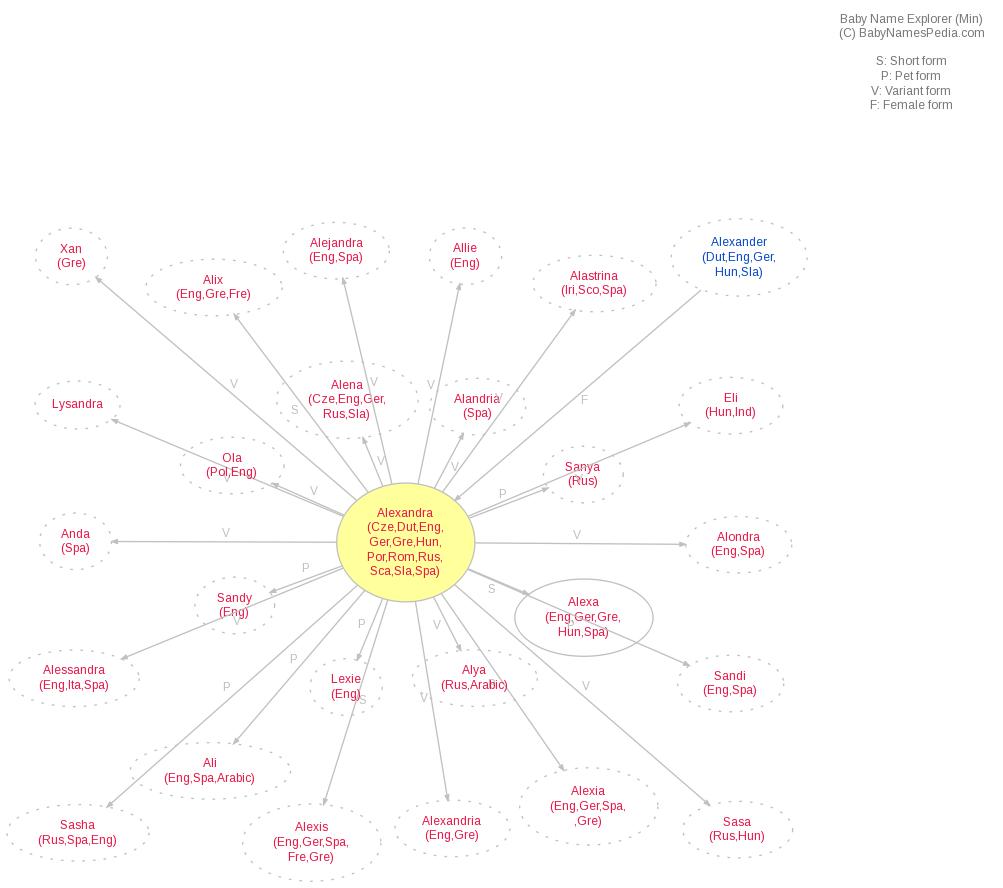