What does Alexandria mean?

[ 5 syll. a-le-xan-dria, al-exandr-ia ] The baby girl name Alexandria is pronounced as aa-LehKS-AENDRiy-aa- †. Alexandria is used chiefly in the English and Greek languages. Its origin is Old Greek. The name was given by Alexander the Great to a city in Egypt which he founded in 331 BC; the city was the capital of Egypt until the Muslim conquest of Egypt in 641 AD.

In addition, Alexandria is a variant of Alexandra in the English and Greek languages.

Variant forms share the origin and meaning of Alexandria.

Alexandria is a popular baby girl name. The name's popularity rose from the 1960s up to the 1990s; before that, it was of very modest use only. Its usage peaked in 1993 with 0.256% of baby girls being given the name Alexandria. It had a ranking of #69 then. The baby name has fallen in popularity since then. In 2018, its usage was 0.063% and its ranking #282, but it was nonetheless the 3rd most popular after Alexandra and Andrea, among all girl names in its family. In 2018, the name was twice as popular as Alexandria. 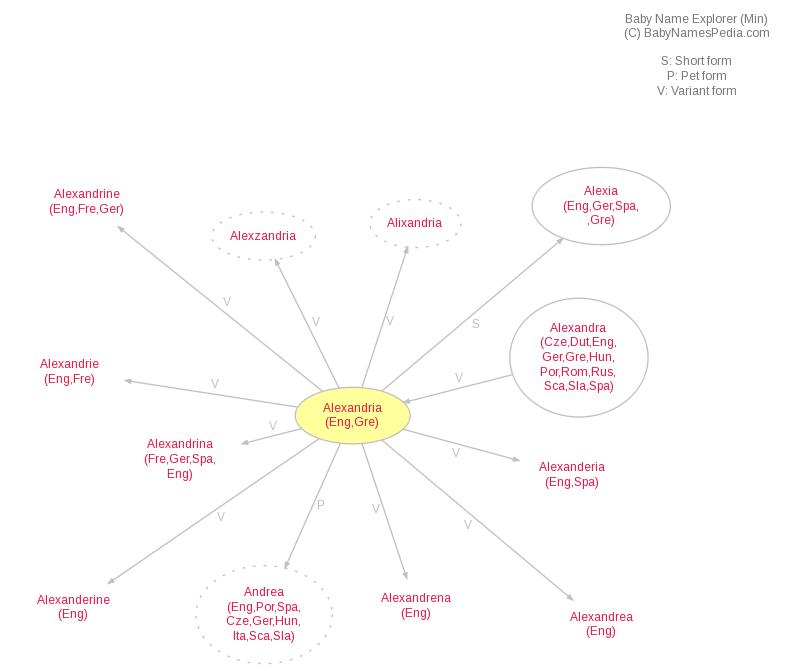