[ 2 syll. al-(f)hil(d), alf-hi-ld ] The baby girl name Alfhild is pronounced AELFHHihLD †. Alfhild's language of origin is Old Norse and it is predominantly used in the Scandinavian language. It is a two-element name derived from alfr meaning 'elf, supernatural being' ; hildr 'battle'. An older form of Alfhild is Alfhildr (Old Norse). In Norse mythology, Alfhild was a lady who initially avoided marrying King Alf by disguising herself as a man; eventually, she became his wife after the king found her and defeated her in combat. Her legend could have been drawn from that of a 9th-century Viking pirate.

Another variant of Alfhild is the Scandinavian short form Alva.

Alfhild is a rarely used baby name for girls. It is not ranked within the top 1000 names. 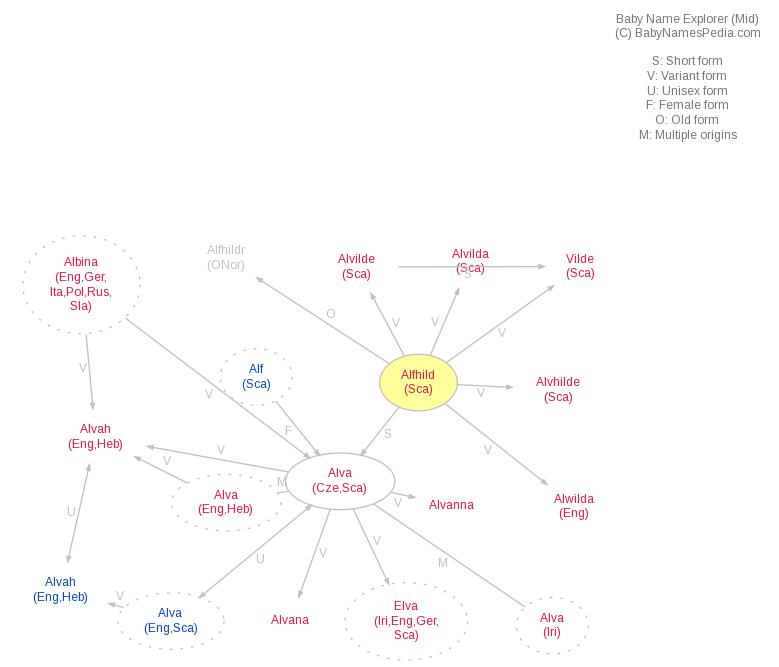