What does Alfo mean?

[ syll. al-fo, alf-o ] The baby boy name Alfo is pronounced AELFow †. Alfo is of Gothic origin and it is used mainly in the Spanish language. Alfo is a variation of Alfonso (English, Italian, and Spanish).

Alfo is infrequently used as a baby name for boys. It is not listed in the top 1000 names. Out of the group of boy names directly linked to Alfo, Alfonso was the most regularly used in 2018. 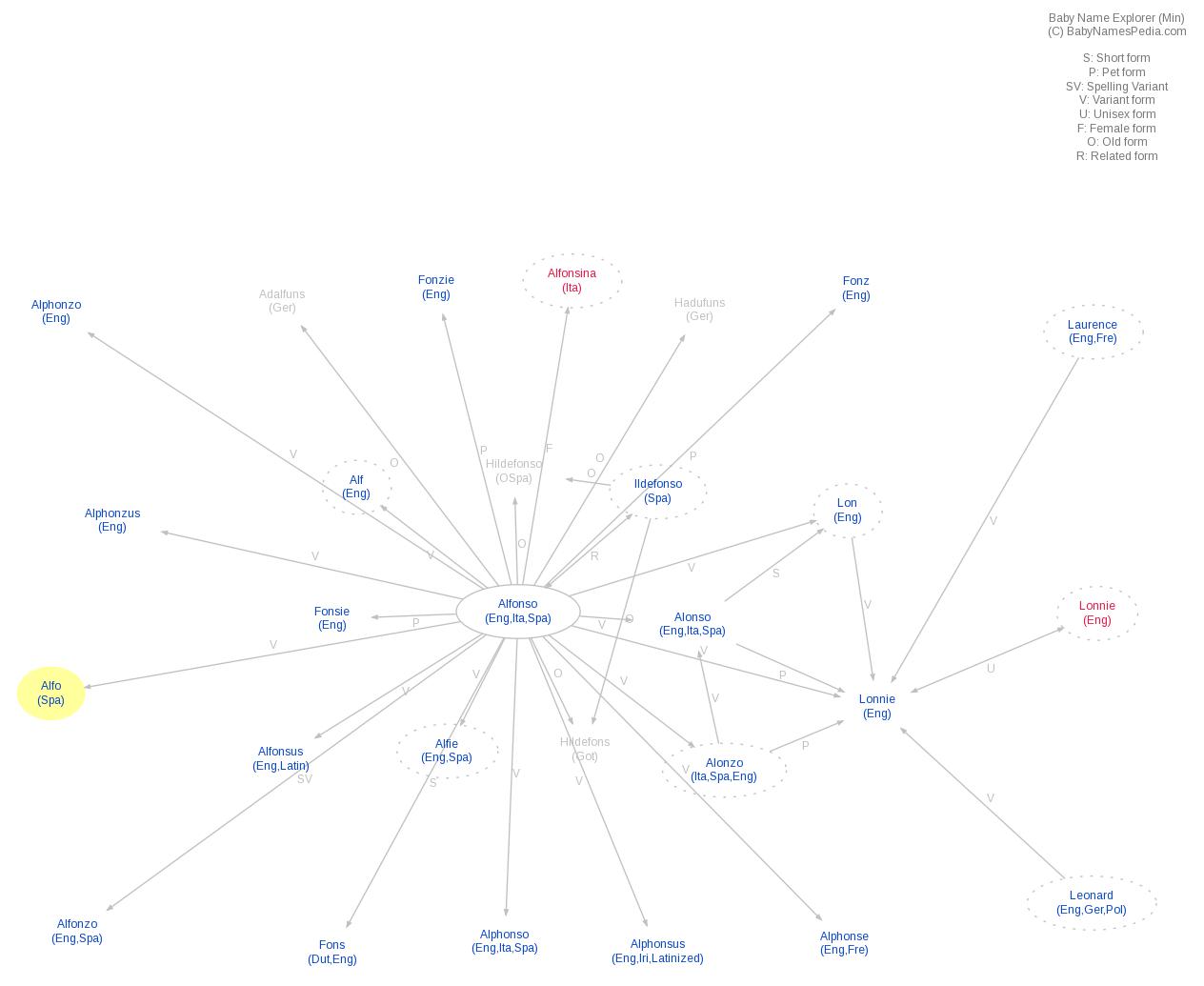