What does Algernon mean?

[ 3 syll. al-ger-non, alg-ern-on ] The baby boy name Algernon is pronounced as AELJH-erNaaN †. Algernon is used mostly in the English language and it is of Old French origin. The meaning of the name is moustachioed.

Other variants of Algernon include the short form Alger, and the familiar forms Algie (English) and Algy (English).

Algernon is not frequently used as a baby boy name. It is not ranked within the top 1000.

A baby name that sounds like Algernon is the name Algernone. 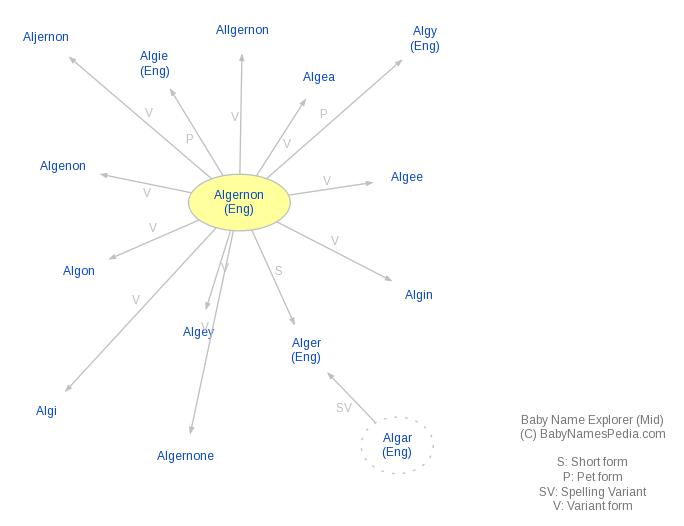