What does Alina mean?

Alina is used chiefly in English, Italian, Polish, Russian, and Spanish. Its origin is Slavonic. The meaning of Alina is bright, beautiful.

Alina is of Celtic origin. Here, it means 'fair'.

Alina is also a variant of the name Aline (English, French, Armenian, Russian, Irish, and Scottish) in the English language.

See also the related form, the German and English Alinda.

Alina is popular as a baby name for girls, and it is also regarded as rather trendy. The name has been growing in popularity since the 1980s. Its usage peaked modestly in 2018 with 0.097% of baby girls being named Alina. Its ranking then was #157. Among all girl names in its group, Alina was the 2nd most popular after Adeline in 2018. It was 93% more commonly used than Alina in that year. 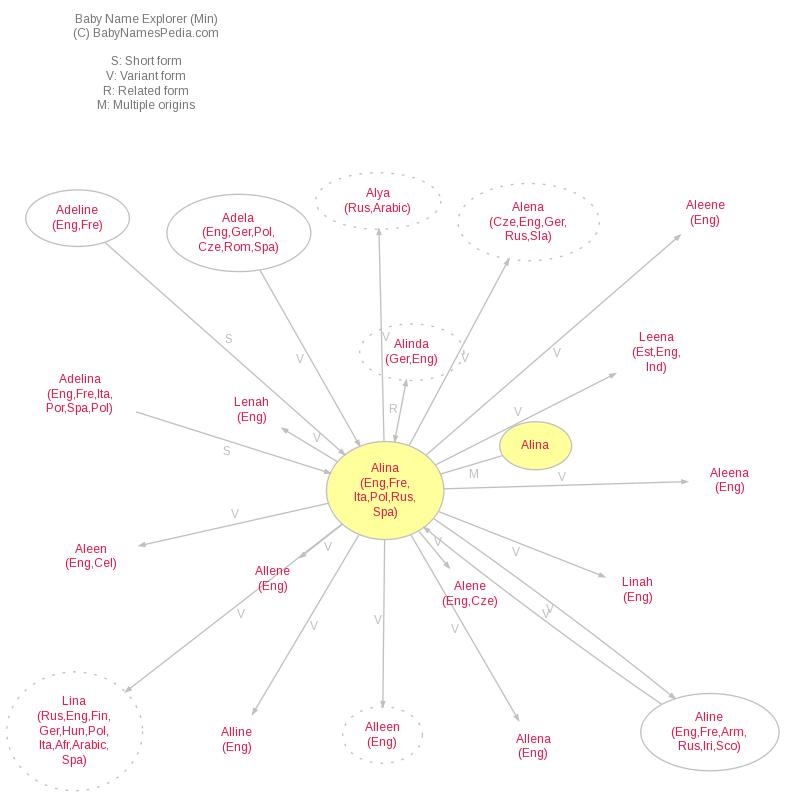